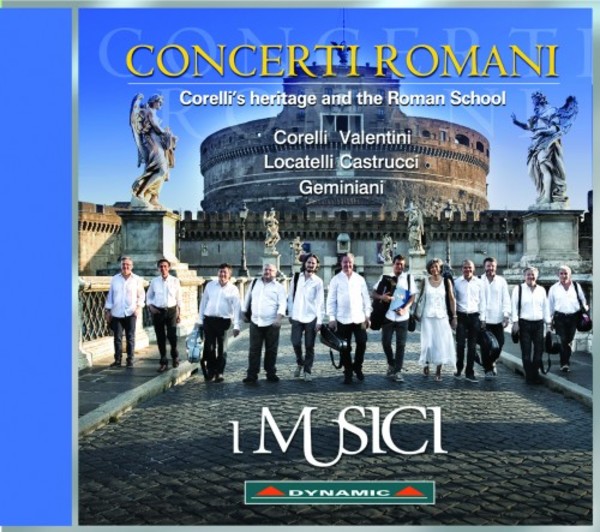 Throughout the 17th and early-18th centuries, Rome was a centre for Italian and European instrumental music and a gathering place for many of the most important composers of the day, particularly those writing concertos and sonatas. Consequently, the city became noted for the dissemination of a unique style that was to influence music at an international level for some years to come. Although decadent and depopulated, Rome remained a city of great artistic importance, attracting musicians from all over Italy and beyond.

Arcangelo Corelli was the most prominent figure of Romes instrumental music school in the years spanning the end of the seventeenth century and the beginning of the eighteenth. The violinist and composer Giuseppe Valentini was an equally significant figure on the Roman music scene during the first decades of the 1700s. His creative style may have appeared bizarre at times, but it left ample room for the open display of violin virtuosity. Antonio Locatelli lived in Rome during his formative years and was an acquaintance of Giuseppe Valentini. The only musician featured in this programme who was actually born in Rome is Pietro Castrucci. He was a pupil of Arcangelo Corelli and quickly gained renown as a violinist.

This CD would not be complete without a concerto grosso by Francesco Geminiani, one of the greatest 18th-century Italian composers. A highly celebrated violinist and teacher, he was the son of a violinist and studied in Rome with Alessandro Scarlatti, with the Milanese violinist Ambrogio Lonati and, possibly, with Arcangelo Corelli.