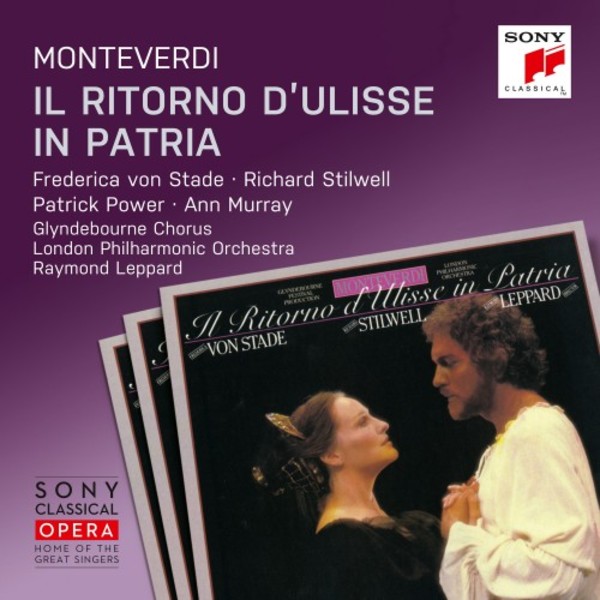 Sony Classical is pleased to offer lovers of great singing another ten complete opera sets from the RCA Victor/BMG, CBS/Sony and Eurodisc catalogues, with 3 titles (Rameau: Les Indes galantes, Ginastera: Bomarzo; Monteverdi: Ritorno dUlisse) remastered from the original tapes to sound better than ever. This latest release is especially diverse, embracing four centuries and rarities from two continents along with central works of the Italian and German repertoires. Many of these recordings are appearing on CD for the first time.

The year 1640 saw a late masterpiece from the first great figure in opera history: Claudio Monteverdi and his Il ritorno dUlisse in patria  The Return of Ulysses to his Homeland. Raymond Leppard conducted a production at Glyndebourne in the early 1970s, based on his own edition of the textually problematic work  there are gaps in the only surviving score. Revived in 1979, the production  which has gone down in the annals of opera legend  was recorded by CBS. Gramophones reviewer declared the performance gloriously vivid in humanity and splendour  The humanity lies in the expressive music for Penelope and Ulysses, sung with noble restraint and sincerity by Frederica von Stade and Richard Stilwell. Von Stade has probably never had a role that draws so fully upon her special character as an artist  The beauties of voice and character are exactly matched  as with some other great operatic performances of the past, the identity is complete. This is the first CD release of this magnificent recording.