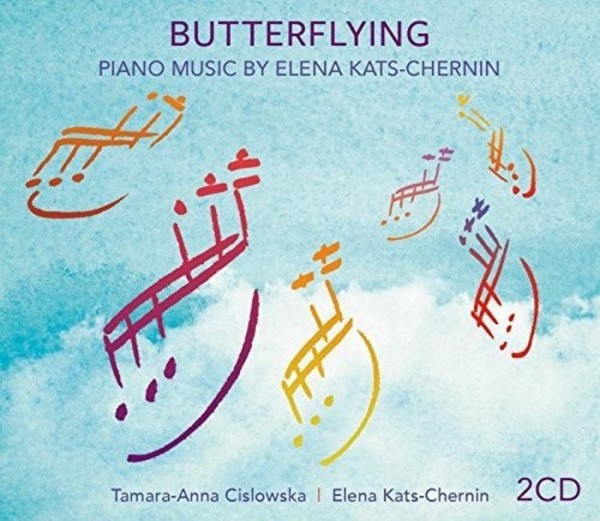 Performed by ARIA-Award winner Tamara-Anna Cislowska and the composer herself, Butterflying is the first major survey of the piano music of Elena Kats-Chernin.

Ever since her childhood in Uzbekistan, the piano has been  in her own words  Kats-Chernins best friend. At the age of six she wrote her first piano piece, Lullaby, which she later revised for her youngest son and is presented on this album as Lullaby for Nick. From this work to pieces written in 2015, Butterflying presents the full range of Kats-Chernins extraordinary compositional palette. Irresistibly lyrical works such as Waltz of Things Past and Butterflying (originally composed for the opening ceremony of the 2003 Rugby World Cup), rags and waltzes, and iconic works such as Eliza Aria and Slicked Back Tango.

Many of the pieces are performed solo by Tamara-Anna Cislowska. Others are presented in versions for piano four hands, with Elena joining Tamara-Anna to resume their long-standing friendship and collaboration in performances which are half-composed, half-improvised.

Tamara-Anna Cislowska is one of Australias most acclaimed pianists, and in 2015 won the ARIA Award for Best Classical Album for her survey of the solo piano music of Peter Sculthorpe  an album which also won Editors Choice in BBC Music Magazine and was described as a profoundly affecting release by Gramophone magazine.