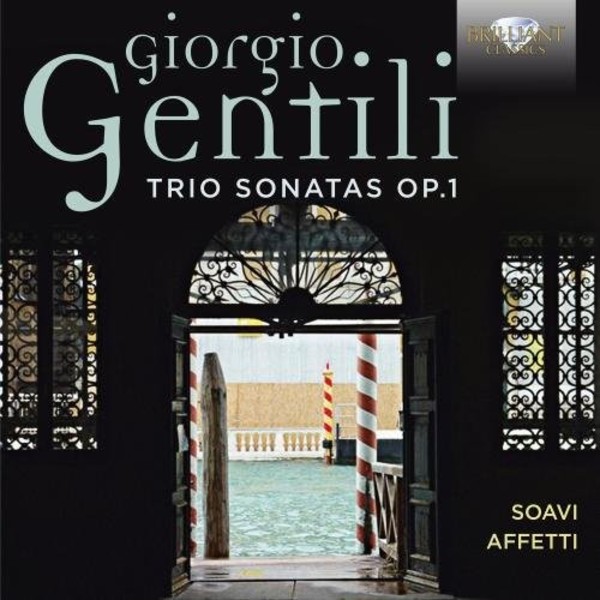 Heres another name from the Italian Baroque to conjure with, rescued from dusty obscurity by stylish Italian musicians and Brilliant Classics, who have an unrivalled back‐catalogue of such discoveries. Giorgio Gentili (1669‐1737) was a Venetian musician who made his name as a violinist, playing in the ducal chapel of St Marks. Appointed at the age of 20, he remained in post as a principal soloist in the ensemble for over 40 years, as well as taking on a music‐director post at the Ospedale dei Mendicanti. Though now almost forgotten, he was clearly well‐respected within the competitive musical scene of early 18th‐century Venice, being among the highest‐paid musicians in the city.

Five collections totalling 72 separate works survive. The Trio Sonatas of his Op.1 set, published in 1701, command interest through the florid solo writing associated with the solo sonata and concerto genres and the presence of solo and tutti cues in three slow movements, which suggests performance with doubled instruments. This is music of unfailing good taste and lively spirit, similar in style to the work of his more famous Venetian contemporary Albinoni but rather more technically demanding, and accordingly more playfully evoking the quicksilver world of La Serenissima in its Baroque high noon. Punchy, repeated‐note themes jostle against counter‐melodies with a syncopated swing. Quick movements sometimes flick distractedly between major and minor. To modern ears, Gentili may lack a distinctive artistic personality but he unfailingly knows how to give pleasure to the ear. The musicians of Soavi Affetti joined forces to explore precisely this area of Italian instrumental music, and in particular the lesser‐known corners of the trio sonata repertoire.