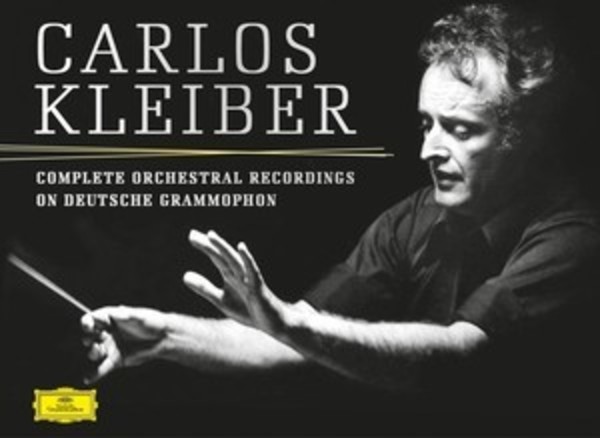 With a deluxe four-disc set of remastered recordings, we celebrate the unique, iconic art of Carlos Kleiber, who died on 13 July 2004. Without a doubt, Carlos Kleiber was the most charismatic conductor in the second half of the 20th century.

Exclusive to Deutsche Grammophon, he made few recordings of symphonic music  just one CD each of Beethoven (Fifth and Seventh Symphonies), Schubert (Third and 'Unfinished' Symphonies) and Brahms (Fourth Symphony). These are among the greatest treasures of the DG catalogue. On CD alone, the Beethoven has sold over 600,000 copies since 1992 (and many more LPs and CDs before that).

The 32-page booklet has an article and timeline by journalist and author Jon Tolansky, who worked with Kleiber. The booklet also includes original covers and rare photos of the conductor in the recording studio in Vienna, 1973  moving documents of his passionate search for perfection.

This set represents the best-ever version of these iconic recordings.