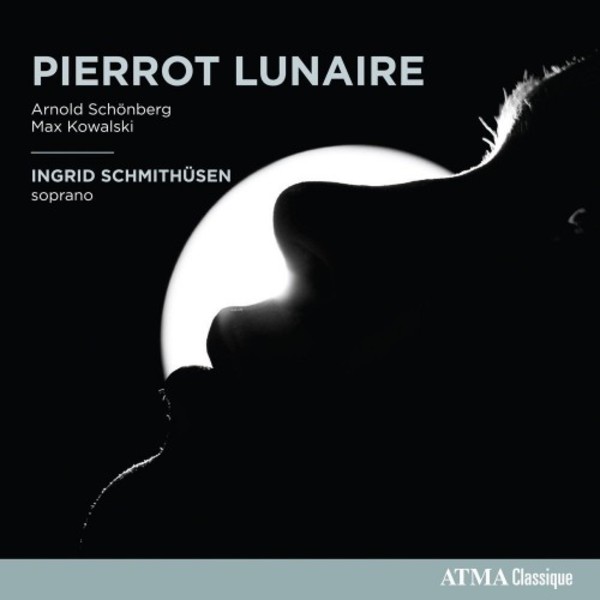 In the early 20th century Schoenbergs opus 21 was revolutionary  thanks in part to his use of Sprechgesang, a spoken part with notated pitches and rhythms. The full recognition of this ground-breaking work took some time. Due to the influence of several composer colleagues and their enthusiasm for Pierrot Lunaire, it was soon considered a landmark modern work.
While Schoenberg is certainly the most important composer to have set Girauds poems translated by Otto Erich Hartleben, he was not the only one to have been inspired by this collection. Besides Otto Vriesländer, Max Kowalski (18821956), an original and almost completely forgotten song composer, chose twelve poems. Six of those overlap with those set by Schoenberg, and are featured on this recording.
Kowalski composed his song cycle (published in 1913, the same year as Schoenbergs) for the more familiar ensemble of voice and piano. In contrast to Schoenbergs often nightmarish interpretation, Kowalski highlights the lighter and more ironic side of Hartlebens translated poems and lends a cabaret tone to the collection.
Between 1987 and 2014 Ingrid Schmithüsen sang in more than seventy performances of Schoenbergs Pierrot Lunaire cycle with various ensembles. German soprano Ingrid Schmithüsen is an acclaimed performer of Lied, oratorio and chamber music. Her repertoire ranges from the Renaissance to contemporary music.
Schmithüsens wide expressive range can be appreciated in more than 70 recordings, under such conductors as Philippe Herreweghe, Sigiswald Kuijken, and Masaaki Suzuki among others.
In 2006 Ingrid Schmithüsen founded the Lied recital series Im Zentrum LIED in Cologne, presenting innovative thematic concerts each season.