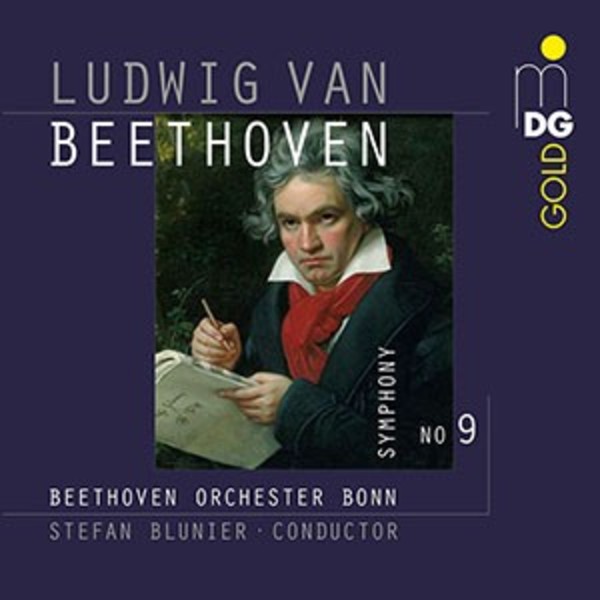 As the latest release by the Beethoven Orchestra of Bonn magnificently demonstrates, this Symphony has plenty to offer even before the titanic finale on Schiller's idealistic "Ode to Joy." From the initial fifth interval's 'ex nihilo' to the fateful outbursts at the beginning of the finale, Stefan Blunier develops a compelling plot line making this full-length work an enthralling Super Audio experience.
Beethoven's monumental opus by no means met with unanimous approval among his contemporaries. The unexpected appearance of vocal parts in the finale was too innovative, and the work's gigantic dimensions were simply too huge. As things turned out, this Symphony's length someday would even set the limits for a CD's maximum playing time.
Stefan Blunier calls on the services of an absolutely outstanding vocal ensemble for the magnificent cantata in the last movement: the Brno Philharmonic Choir, a proven partner of the MDG label, masters the feared choral part with unmatched expressive power and energy. And the perfect ensemble blend formed by the four soloists, Elza van den Heever, Janina Baechle, Robert Dean Smith, and Georg Zeppenfeld, produces a rarely heard, vocally strong balance rendered with unique audio glory on this finely nuanced 3-D recording on Super Audio CD.