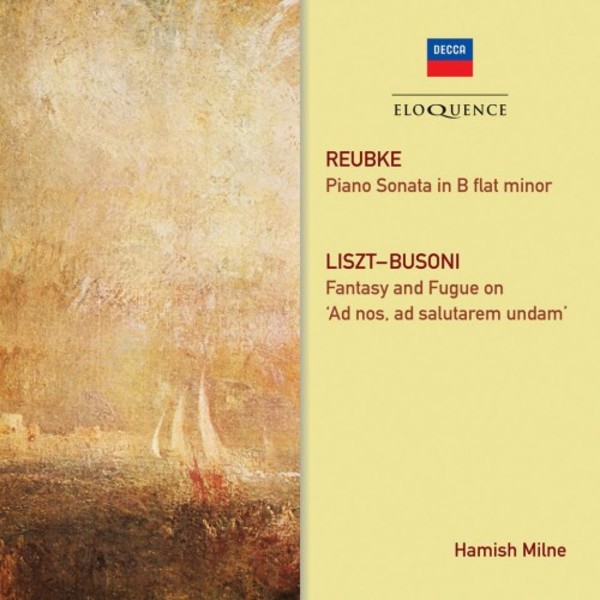 Piano Sonata in B flat minor

Piano Sonata in B flat minor

This, Hamish Milnes first commercial recording was made for Deccas LOiseau-Lyre imprint. Reubke became a pupil of Liszt, upon the recommendation of Hans von Bülow, and the older composer developed a special regard for him. This is the recordings first release on CD.
The Piano Sonata and Organ Sonata are the two substantial works Reubke (who died tragically early) left us, and the debt to Liszt is evident. It is dedicated To my deeply revered teacher, Franz Liszt.
Busoni, also a tireless champion of Liszts music, published his free piano transcription in 1897, and performed it in Berlin the same year. It sounds totally authentic and avoids the deliberate anachronisms which some find less than appealing in his Bach transcriptions.
Milne contributes both a newly-written recollection of making this recording as well as the original LP notes, here reprinted.
Recording location: Rosslyn Hill Chapel, London, UK, 1011 May 1975 & 910 May 1976