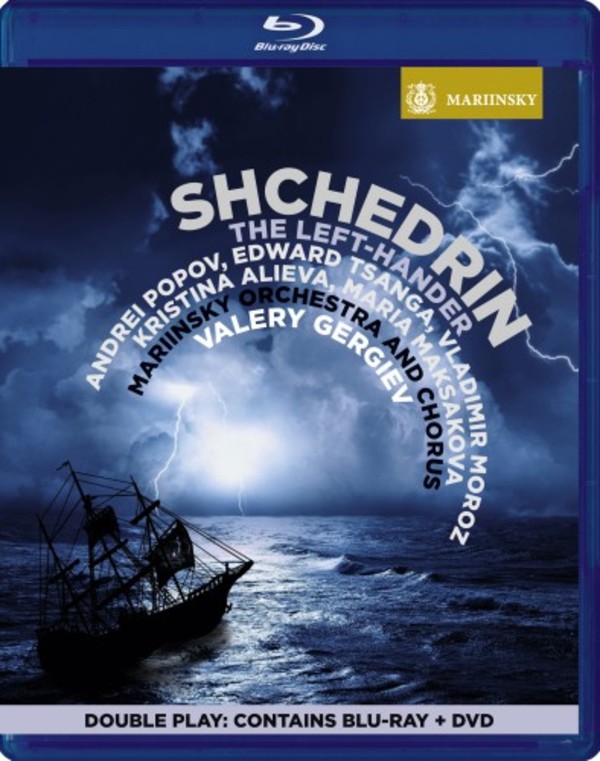 Specially composed for Valery Gergiev on the occasion of his 60th birthday and now available on DVD and Blu-ray for the first time, Rodion Shchedrins The Left-Hander is a comedy of Russians and Englishmen, new technology, old traditions and strong drink. Premiered in July 2013 by the Mariinsky Opera in St Petersburg it received its Western European premiere in 2014 at the Barbican Hall, London. The Left-Hander is a gloriously wry exploration of Russias relationship with the West in general and England in particular. Rodion Shchedrin is one of musics greatest living humorists and his work is laced with pitchblack irony and deadpan wit. Based on Nikolai Leskovs classical satirical novella of 1881, The Tale of Cross-Eyed Lefty from Tula and the Steel Flea, The Left-Hander is a wickedly funny satire, following in the tradition of Gogol and Shostakovich.

"This recording is from the first staged performances at the Mariinsky in July 2013 and it fizzes with energy I enjoyed this hugely." - BBC Radio 3 CD Review (Disc of the Week)

"Shchedrins scoring is inventive and colourful Leading the characteristically strong Mariinsky forces, Kristina Alieva entertains with her coloratura as the ornamental insect, and in the title role the lyric tenor Andrei Popov gives a touching performance of a character forced out of his comfort zone." - BBC Music Magazine