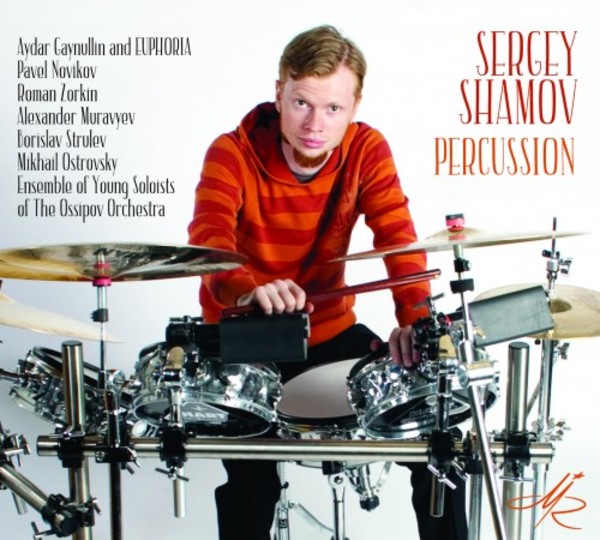 Advice from a Caterpillar

Advice from a Caterpillar

Melodiya Records presents an album by Sergey Shamov, a talented musician, virtuoso percussionist and the first Russian performer who presented the exotic cajón at the major academic music venues of this country.

As an orchestra soloist and ensemble member, Sergey has toured in the cities of Russia, the countries of the CIS, Europe and the rest of the world, including the United States. The performer has collaborated in musical and theatre projects with the leading actors of the Theatre of Nations in Moscow and many talented musicians, and been involved in studio and concert activities as a session drummer and percussionist.

Shamov has been a member of the Osipov National Academic Orchestra of Folk Instruments of Russia since 2007 and collaborated with Euphoria, an ensemble formed by outstanding bayan player, vocalist and composer Aydar Gaynullin. Euphoria formed in 2010 has already conquered millions of listeners performing at prestigious venues and on central TV channels in Russia. Among Euphorias other members are Pavel Novikov, a unique multi-instrumentalist who plays Asian folk woodwind instruments, Borislav Strulev, one of the first musicians to plat jazz and fusion on the cello, and Alexander Muravyev, a composer, double bass player and prize winner of numerous competitions.

With this album, the musicians strived to showcase various emotions and moods that are known to all of us. They combine nearly unthinkable things here  meditative relaxation and passionate tango, music for thought and impetuous dance music. After listening to the album, one cant resist the feeling that the pieces were recorded for the musicians pleasure as they present the listeners with peculiar and really new music. The nine compositions featured on Sergey Shamovs album, the performers sequentially lead the listener from emotion to emotion, changing the state of soul and skilfully uniting the contrasting pieces with a dense, saturated sound of percussions into one harmonious whole. The album you are holding in your hands is an experiment in its way that allows of deviating from the already assimilated and replicated techniques of using the percussion instruments and trying them in a new role.