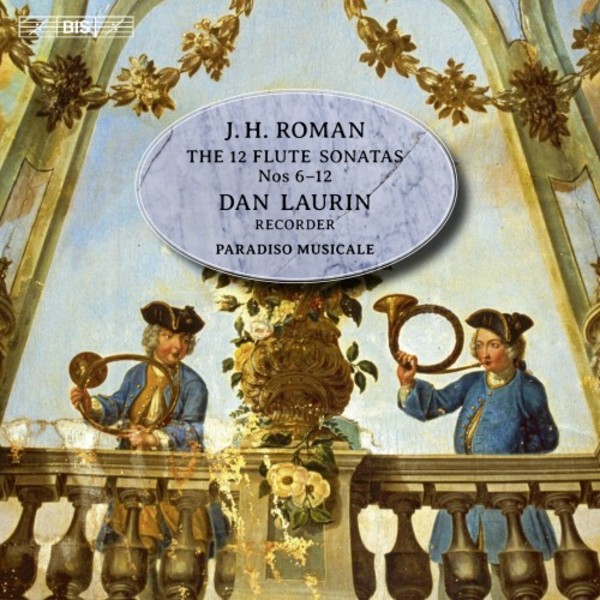 In Johan Helmich Roman's lifetime (1694-1758), the recorder was the most common wind instrument in Stockholm, used across the social spectrum  including the royal music establishment for which the composer was responsible. The transverse flute, on the other hand, was generally the preserve of the upper classes: the nobility and bourgeoisie. Possibly this higher status influenced Roman's choice of instrument for the set of XII Sonate a flauto traverso, violone e cembalo  but that hasn't stopped the celebrated recorder player Dan Laurin from taking up his countrymans sonatas on his own instrument.

In his liner notes, Laurin explains his fascination with Roman's music: 'complex emotional contexts are contrasted with folk music forms such as the villanella or piva  the music is asymmetrical, irregular and full of unexpected twists, sudden pauses and cadences.' In it, he hears the influence of the Italian musicians that Roman met in London during his stay there from 1715-1721, and with his fellow musicians in Paradiso Musicale, Laurin opts for an Italianate slant in his performances: continuo settings ranging from harpsichord alone to the full complement including baroque guitar provide great variety in recordings characterized by striking harmonisations.

With its ample playing time, the present disc completes Laurin's survey of the sonatas that began with BIS2105, with Sonatas 1-5, a disc which received acclaim in Gramophone: 'Dan Laurin brings all his customary verve and eloquence in pieces whose emotional content is as unpredictable as the sequence of movements'. Together with the companion discs of Roman's 12 keyboard sonatas recorded by Anna Paradiso, the set highlights the inquisitive mind and wide-ranging sensibilities of a composer who, although active in the far north of Europe showed a keen interest in what was happening on the continent.