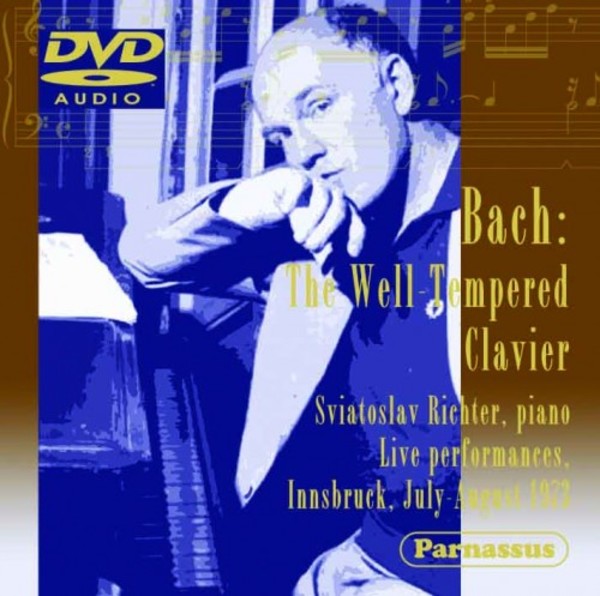 Bach was a central part of Sviatoslav Richters repertoire throughout his career. Some of his very earliest recordings, on Russian 78s, were music of Bach. Some of the latest additions to his repertoire, and his last studio recordings, were also Bach.

Richter began to play some of the pieces from The Well-Tempered Clavier in public as early as 1943. He did not play the complete cycle until 1973, and apparently he performed it as a cycle only a dozen times. He devoted much of 1973 to this music.

This recording is one of the greatest rarities in the Richter discography. It was issued in Japan as a memorial tribute to Richter shortly after his death. When the company which published it discovered that the contract they had received from Russia was fraudulent, they deleted the entire memorial series, ten discs, in a matter of weeks. During that brief time it circulated only within Japan. We are pleased to present this invaluable recording to a worldwide audience of Richter collectors for the first time.

Unavailable for many years: this is the collectors live set of Richters Well-Tempered Clavier (Innsbruck, 1973)