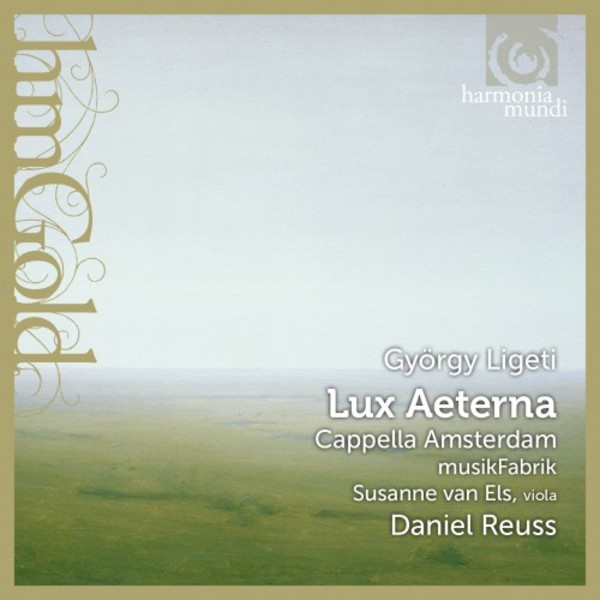 Both Ligeti and Heppener belong to the generation born in the 1920s which formed the basis for the post-war avant-garde. Lux Aeterna, used by Stanley Kubrick in his film 2001: A Space Odyssey, marked the installation of a new musical language. The later Sonata for solo viola simultaneously evokes the polyphony of the 14th century and certain varieties of ethnic music. Im Gestein, a cycle of lieder to poems by Paul Celan which won Heppener the Matthijs Vermeulen Prize in 1993, was here recorded for the first time in 2008.

In this performance [of Lux aeterna] by the astoundingly good Cappella Amsterdam it sounds more meditative and less apocalyptic than it did [in Kubrick's 2001], but no less haunting. - The Telegraph

If the title track is the big draw here, the Dutch choir does not disappoint. The sopranos are tightrope walkers on the eternal, steady high note, staggering their breaths for a seamless sound. The held, unresolving clashes are thrilling, a torment one never wants to end. Ligeti's Viola Sonata, the Drei Phantasien, offers similar pleasures where the tenors push singing close to shouting in the mighty fortissimo. - The Times