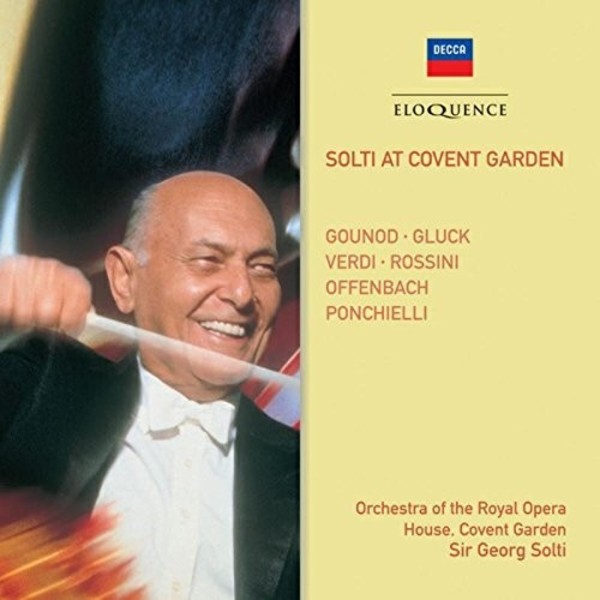 Beginning in 1961, Georg Solti enjoyed a ten-year tenure as Music Director of Londons Covent Garden Opera Company, where he raised performance standards while giving British singers more prominence than ever before. These changes were not lost on Buckingham Palace, and in 1968, Covent Garden earned the right to be renamed The Royal Opera.

With its orchestra he made some of his  and posteritys  most thrilling recordings, cherished by music-lovers and audiophiles the world over. The 1960 recording of the ballet music from Faust was issued first as a 45rpm disc and later as a coupling to the Offenbach-Rosenthal Gaîte Parisienne, surely the very definition of the fabled Decca Sound (it appears on Decca Eloquence 480 6589).

The pieces by Verdi, Rossini, Offenbach and Ponchielli were originally issued by RCA in 1959 (in England) and 1960 (in the USA) and in the 1970s on Decca when the recordings repatriated to them.

all the playing on this disc is quite outstandingly good, and the same can be said of the recording quality - [Faust] Gramophone (December 1960)

[Soltis] orchestra give a virtuoso performance and their bravura is certainly infection, even if sometimes a little breathless. The reverberant sound is both brilliant and sumptuous - Penguin Guide