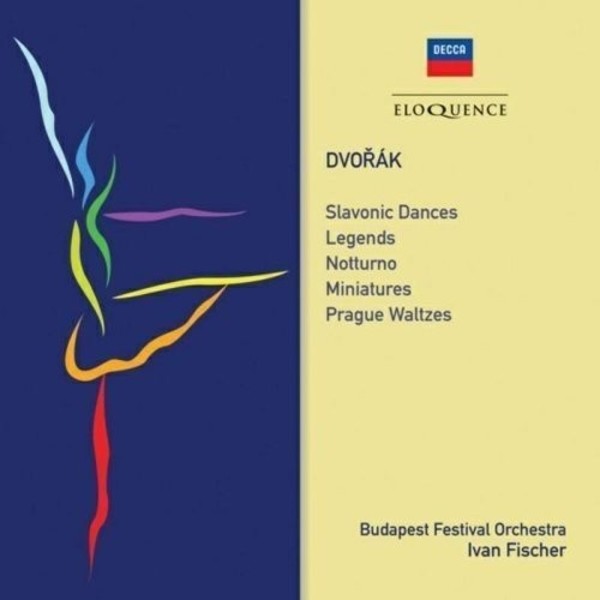 Some of Dvořáks most popular orchestral works  his two sets of Slavonic Dances  as well as lesser-known ones (Legends, Miniatures, Prague Waltzes and the B major Notturno) were all recorded for Philips in stunning sound by Iván Fischer and the Budapest Festival Orchestra.

The Slavonic Dances were critically acclaimed when they first appeared in both CD and SACD format and the recording was considered a demonstration disc on SACD. The ten Legends, though sometimes dance-like, are more often introspective in mood than the Slavonic Dances, and much less known. The spirit of Wagner hovers over the rapt Notturno  a work for which Dvořák had an especial fondness. Written a year or so before the Legends, and rather Viennese in style, the Prague Waltzes consist of a string of five waltzes with an exhilarating coda which refers back to the preceding numbers.

The Legends are endearing, captivating, gloriously inventive pieces, the charm and character of which are conveyed wonderfully by Iván Fischer and the Budapest Festival Orchestra and recorded sumptuously - Penguin Guide to Compact Discs and DVDs (*** plus rosette)