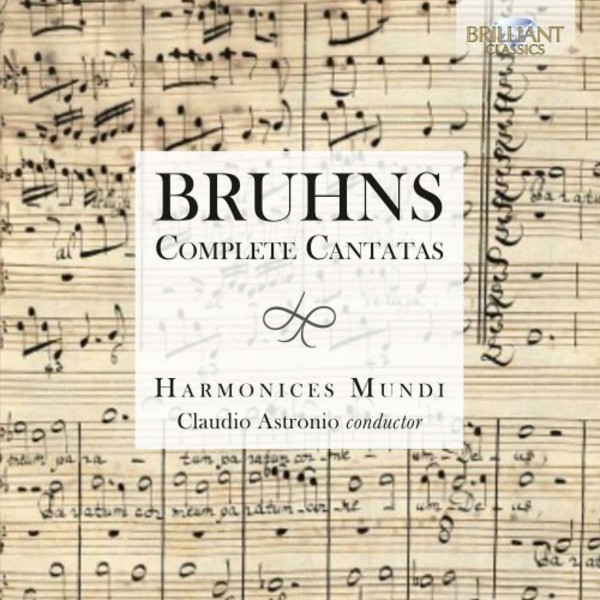 Nicolaus Bruhns died at the age of just 32, but his influence on the North-German musical landscape in the generation before Bach was profound, not least on Johann Sebastian himself. Only 17 works survive, including the 12 sacred cantatas presented here. They were composed between 1689 and 1697, doubtless to specific commissions which have been lost, but given their diverse forms and forces, for varied situations. As the scores themselves reveal, the musicians with whom Bruhns worked varied considerably, some of them being of modest skill, while others where impressive virtuoso players.

Despite this variety, however, Bruhnss cantatas did not lack formal rigour. While his harmony and voice-leading was Germanic in sensibility, his airy use of themes was more Italianate, suggesting that Bruhns had been in contact with Italian musicians while employed at the Danish court. Several of the cantatas have vocal parts of truly instrumental virtuosity such as Jauchzet dem Herren, alle Welt, one of the most demanding tenor parts within the genre, anticipating Bachs solo soprano cantata Jauchzet Gott, BWV51. Other cantatas also prefigure the Cantor of Leipzig with their ornate instrumental obbligato parts, such as the violin solo in the bass cantata Mein Herz ist bereit: the musicians involved may well have included Johann von Westhoff and Heinrich Biber, who are now remembered as composers but were among the most skilled instrumentalists of their day.

Taking the set in the round, it offers a valuable opportunity to understand better the culture in which Bach was nurtured. The melodic simplicity of Hemmt eure Tränenfluht almost seems to evoke the severity of the Lutheran liturgy, shorn of embellishment and the decorative component so dear to the Mediterranean composers. Harmonices Mundi and Claudio Astronio have made several well-received albums of Baroque repertoire for Brilliant Classics, among them three album of Alessandro Stradella: arias (94258), duets (94343BR) and the oratorio Susanna (94345).