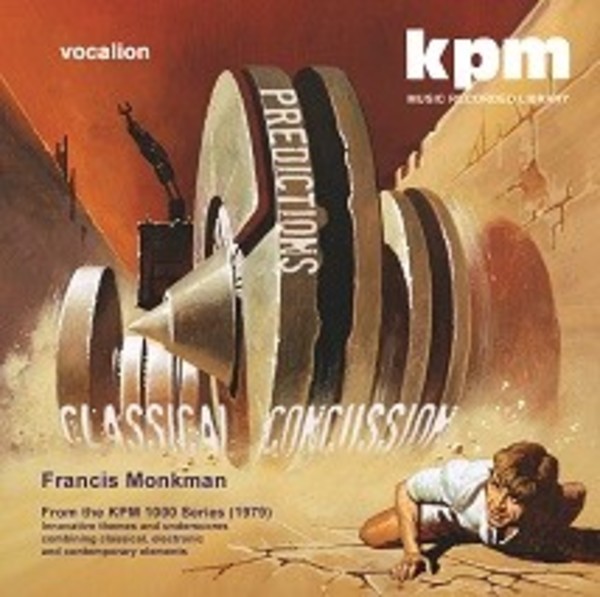 The albums Classical Concussion and Predictions, both from 1979, represent Vocalions latest voyage into the archives of the KPM 1000 Series, one of the worlds leading recorded music libraries and the home of such famous TV themes as News at Ten, Grandstand, Wimbledon, All Creatures Great and Small and Owen M.D..

The work of brilliantly gifted composer-keyboardist Francis Monkman  a founder member of progressive bands Curved Air and Sky  Classical Concussion and Predictions are from the same era as his superb score for gangland thriller The Long Good Friday. In fact, Classical Concussion, recorded at Lansdowne Studios in November 1978, seems to anticipate in places The Long Good Fridays music. Nowhere is this more apparent than in the opening track, Release of Energy (a), a thrilling title theme that embedded itself in the consciousness of British cinemagoers thanks to its use (in abridged form) as the Rank Cinema chains Preview Time jingle. The dramatic Power Games also became familiar to British cinemagoers through its use as the Rank Cinema intermission theme. With its emphasis on electronic music, Predictions (1979) is in the same mould as that of Skys debut album, from the same year. The imposing Passajig (a) is an unusual concoction of rhythm section, synthesizer, church organ and, remarkably, the State Trumpeters of the Band of the Household Cavalry. The magnificent sound of the State Trumpeters introduces Prelude (a), a pulsating underscore with synthesizer ostinato that conjures up visions of a futuristic metropolis. But the albums best-known track is Hypercharge, thanks to its inclusion in Arthur Gibsons award-winning 1981 documentary about the Red Arrows, the aerobatics display team of the Royal Air Force.