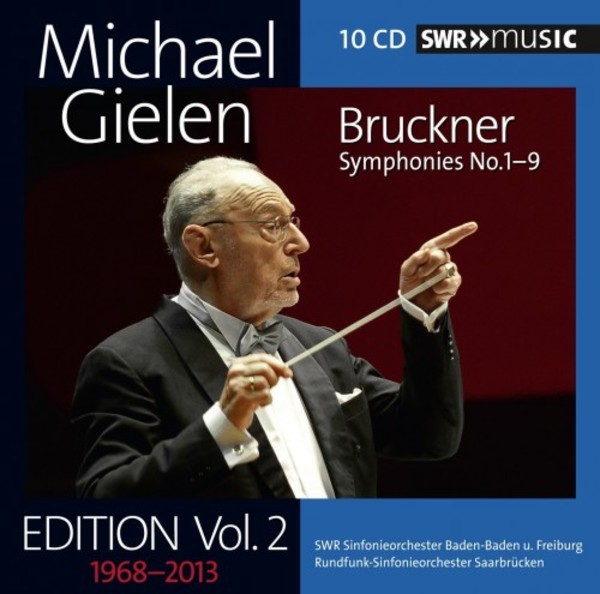 Some of the first broadcast recordings that Michael Gielen made in the 1960s were of Anton Bruckner's symphonies. He eventually went on to record all nine of them, not necessarily using the standard version of each symphony, but the one which was the most musically interesting. Echoing his approach for the classical and more contemporary repertoires, Gielen instilled in his orchestra his own distinctive, well-researched interpretations. It's extremely interesting to follow the development of Gielen's musical journey, starting in the late 1960s and ending with his last Bruckner recording in 2013.

The Bruckner recordings on this second volume of the Michael Gielen Edition were made principally with the SWR Symphony Orchestra Baden-Baden and Freiburg. This enables the listener to follow the orchestra's development over the years, culminating in their outstanding 2013 performance of Bruckners Ninth Symphony.

This is the second instalment of a 10-volume tribute to the conductor Michael Gielen. It is the first ever collection of Bruckner's 9 symphonies directed by Michael Gielen. The 10-CD boxed set includes four of Gielen's Bruckner performances never previously released.