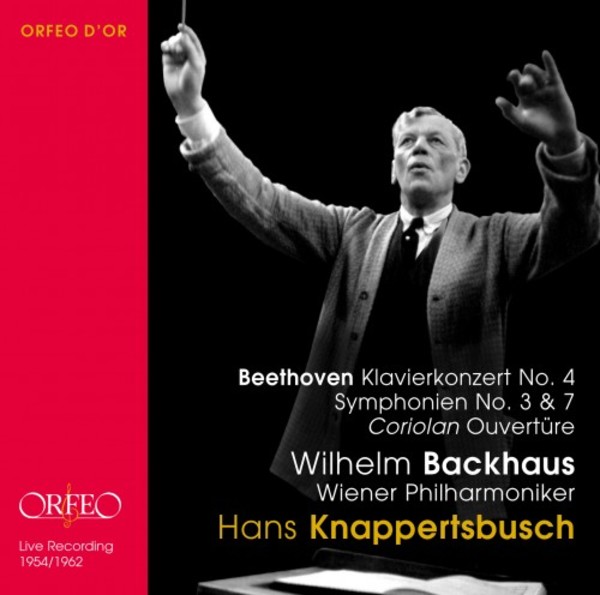 Hans Knappertsbuschs approach to Beethoven is a special case within the special case that was Knappertsbusch himself. In his finest moments, his high degree of unpredictability (something which marks him out as the complete opposite of his great colleague and competitor Karajan) affords his interpretations a sense of recreating the music in the truest sense of the word, making it sound as if it is being played for the first-ever time. And this is probably why the music in these moments sounds so powerful, refreshing and liberating, far removed from any kind of comfortable listening conventions. Today, in retrospect, it also sounds free of any new-fangled fashions or constraints. Expressive details are always granted the time they need, as is the overall context. We never come across a tempo that is too fast, however historically well-founded it might have been. But nor is there any sense of titanic expression (whatever that is supposed to be). And in the process, however different in character his various performances of a single work might be, the whole work always comes across as balanced and coherent in itself on a higher level.

On this new double CD we can hear both a complete concert given in the Musikverein in Vienna on 17 January 1954  with the Coriolan Overture, the Fourth Piano Concerto and the Seventh Symphony  and the Third Symphony from a concert at the same venue, given on 17 February 1962. In the unheroic G major Piano Concerto, Knappertsbuschs partner is his contemporary Wilhelm Backhaus, who was famous for his Beethoven, but who at the same time possessed an individual objectivity and a legendary virtuosity that doubly refutes the clichés about typically German musicians. In this context, the commentator Gottfried Kraus recalls visiting Backhauss apartment in Salzburg, where the pianist spoke of his lifelong struggle to play the problematic lyrical chords at the opening of this Concerto. In the third movement, we are also wrenched from our customary listening habits by an unknown cadenza  and then cast back, bewildered, onto the well-known, yet seemingly new paths of the Concerto once again.