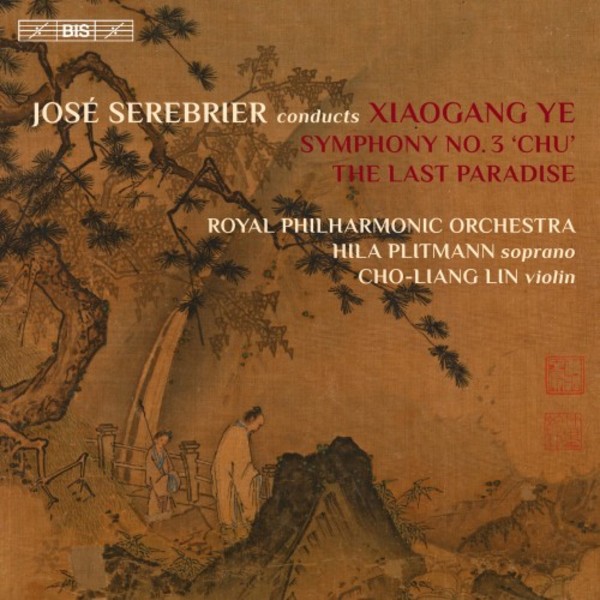 Born in 1955, Xiaogang Ye is regarded as one of Chinas leading contemporary composers, whose works have drawn attention both in the West and in the Far East for three decades. On the present disc Yes music is championed by the Royal Philharmonic Orchestra, under the eminent conductor José Serebrier, who are joined by the celebrated violinist Cho-Liang Lin and soprano Hila Plitmann.

In 2002 Ye was commissioned to write a symphony in celebration of the Wuhan Orchestras tenth anniversary. The city of Wuhan is situated in what was once the ancient State of Chu (c. 1030224 BC), which has lent its name to the work. Chu consists of seven movements, during which Chinese instruments such as the pipa (Chinese lute), sheng (mouth organ) and the erhu (Chinese violin) appear alongside the traditional symphony orchestra. Two movements also include a wordless soprano part.

A personal inspiration informs The Last Paradise, a work which may initially seem a response to the Western violin concerto, but is in fact more akin to a late-Romantic tone poem. Here, Ye has drawn from his experiences during the Cultural Revolution, when he was deported to a small village. Conditions were so harsh that the villagers used to celebrate deaths instead of mourning them, considering death the escape from a painful life and the start of a journey towards a final paradise.