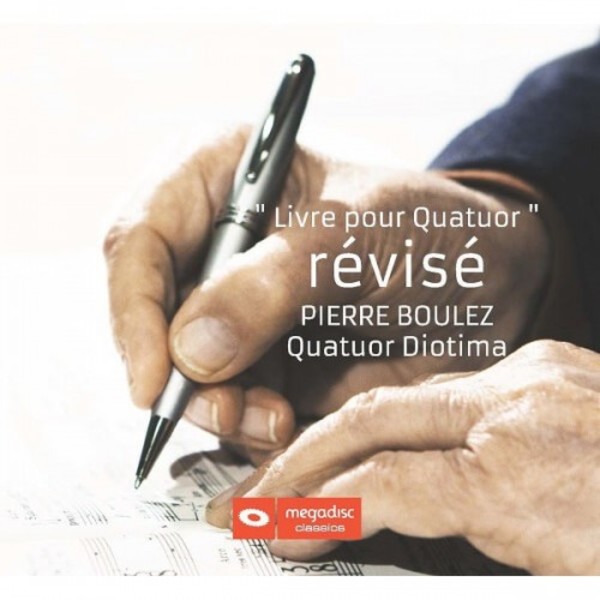 The string quartet remains an ordeal in the initiatory sense of the term, deemed Pierre Boulez, nearly 30 years ago. He was speaking as an initiate: his sole attempt in this sacrosanct genre, the Livre pour quatuor, going back to 1948-49, in which four of the six movements (or chapters) had gushed forth all in one go, in the same creative fever as for the composition of the Second Piano Sonata a few weeks earlier. Often revised, reworked in part to provide a derivative (the Livre pour cordes for string orchestra), the quartet would have its last avatar in 2012, when Pierre Boulez, approaching 90 and solicited and seconded by the young members of the Diotima Quartet, re-examined his work, subduing tempi, simplifying rhythms and arranging the bowing in order to facilitate performance and heighten clarity of his score.

... what Diotima have recorded will remain Boulezs final thoughts on a piece that defined a crucial point in his rapid development as a composer in the years after the second world war. It was his first work to abandon traditional music forms, and the one in which the two most significant influences on his early music, Messiaen and Webern, were finally fused into a coherent style. Its music that, as the composer himself said, veers between intentionally austere bareness and the most proliferating exuberance  both qualities that the Diotimas performance catches vividly. Its sometimes rapturously beautiful, sometimes chillingly detached; in many ways its the most revealingly personal work that Boulez ever composed.  Andrew Clements
The Guardian 13 May 2016