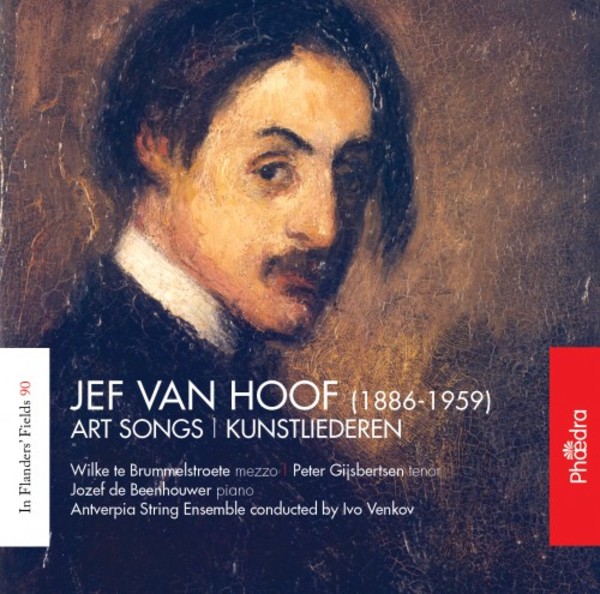 Jef van Hoof occupies a special place among the numerous 20th-century Flemish composers of songs. Songs were what made him famous early in his career and he ended up writing some 120 of them, more than half dated before 1925. Only a minority were published. He began writing songs at the age of seventeen.

He followed this up in 1906 with a set of four love poems by Giza Ritschl (18691942), a Hungarian circus artist who had emigrated to The Netherlands, where she began to write. The choice of these texts was curious, but it can likely be explained by their brevity. For in his songs, which rarely last more than three minutes, van Hoof was forever striving for extreme concentration. In fact this is one of the most important characteristics of his personal, late-romantic style.

A scion of a strongly Flemish-minded family, Jef van Hoof developed into the creator of the Flemish militant song. This made him exceedingly popular in Flanders, but the downside of this success was that he was too often judged from this angle only.

Jef van Hoofs last creative period, which began around 1936, may well have been his most rewarding. It was dominated by large-scale works, including six symphonies and four masses. And he resumed writing art songs.