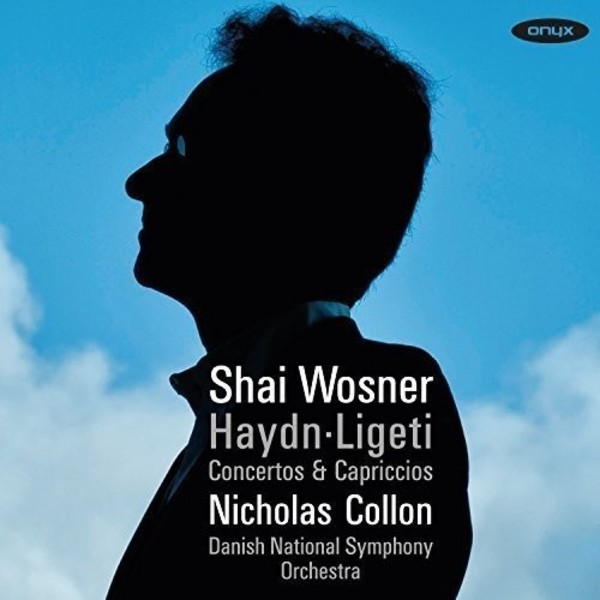 Shai Wosner has established himself as one of todays leading Schubert interpreters. He is also equally at home in Classical, Romantic and contemporary repertoire, often in unusual combinations which are both thought provoking - Brahms and Schoenberg for example - or delightfully quirky, as on this new recording for ONYX.

Shai Wosner writes, There arent too many composers in music history who are likely to use subtitles such as It takes eight of you to castrate a boar (Acht Sauschneider müssen sein). Like a naughty smile under the more official Capriccio in G Major by Joseph Haydn from 1765, its origin remains mysterious - most likely a forgotten Austrian folk song - but it would have no doubt been relished wholeheartedly by the 20th-century composer of the Nonsense Madrigals. Apart from connections with Central-European folk music (Haydns Ungarese style, Ligetis early Capriccios, for example) or the fact that both were towering figures already in their lifetime - like Papa Haydn, Ligeti carries unparalleled direct or indirect influence on almost every young composer today - a particular richness of humour that transcends centuries links their music music - like two distant relatives sharing an old family joke.

Its the intelligence, perception and dazzling energy of Wosners playing that makes all this possible and vivid. A Barenboim protégé, he responds to every twist and turn with a sense of great immediacy as well as an airy, high-stepping poise and unerring pointing-up of Ligetis deliciously unpredictable rhythms. The concertos come across as large-scale chamber music and Collon shapes the orchestral sound with exemplary transparency so that all the layered-up details shimmer, clash, compete and cooperate in fine style.  Jessica Duchen
BBC Music Magazine September 2016