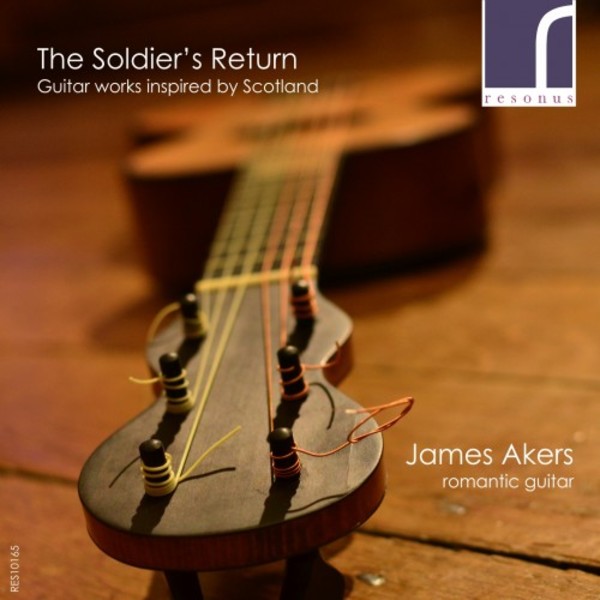 The increasingly in-demand guitarist and lutenist James Akers makes his Resonus solo debut with a stunning album of works for romantic guitar.

Akers provides a captivating programme of works  consisting almost entirely of world premiere recordings  by guitar legends from continental Europe, all inspired by the Scottish landscape its music and its literature.

Featuring Mauro Giuliani and Luigi Legnani (from Italy), Fernando Sor (from Spain) and Johann Kaspar Mertz (from Hungary), this seductive album draws the listener in to the magical, diverse, and even haunting, Scottish influences that bewitched each of these nineteenth-century composers.