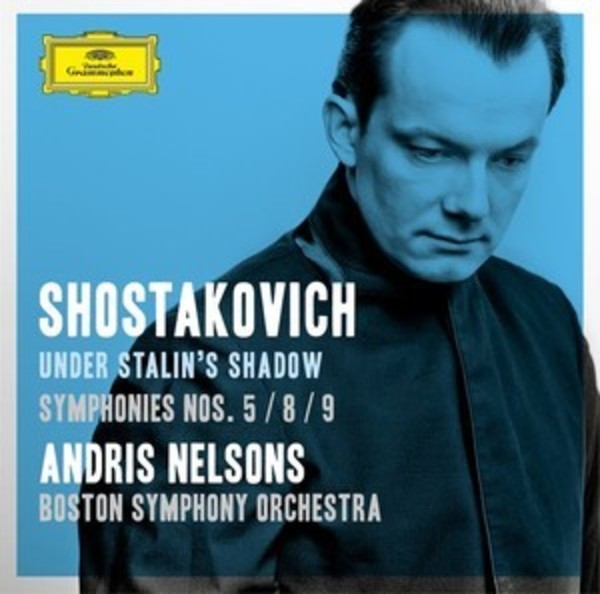 Andris Nelsons is the music director of the Boston Symphony Orchestra and in autumn 2015 he was announced as Gewandhauskapellmeister of the Gewandhausorchester Leipzig, commencing in the 2017/18 season. With both appointments, and in leading a pioneering alliance between these two esteemed institutions, Andris Nelsons is firmly underlined as one of the most renowned and innovative conductors on the international scene today.

Even though he is only in his mid 30s, Andris Nelsons has had a long journey with Shostakovich. He is one of the last conductors of his generation who still grew up in the Russian and, more especially, the Soviet musical tradition ever since he started his training as a conductor. He studied in St Petersburg with Alexander Titov and also with Mariss Jansons. His new orchestra has had a great tradition in performing many of Shostakovichs works in America for the first time.

This recording provides a kaleidoscope of Shostakovichs struggle with historical events and political pressures. The pre-war eclectic but accessible and popular Fifth Symphony, in which he would seem to bow to political pressure, ensured his temporary rehabilitation. The beautiful but dark and gloomy mid-war Eighth provoked yet again his fall from favour and instead of providing the political authorities with a triumphant post-war Ninth Symphony, Shostakovich wrote a light Haydnesque work which would not be performed until after Stalins death. Selections from the Hamlet Suite, possibly Shostakovichs best film score, rounds out this 2-CD set.

Not everything on these two discs may be on quite the same level of unremitting intensity and insight as Andris Nelsonss first Shostakovich on CD with his Boston Orchestra, the Tenth. But this Eighth goes even further, if only because this most adamantine of the 15 symphonies demands even greater concentration from performers and listeners. The sound is a crucial component ... And yet alongside Nelsonss unique feeling for rubato, the sheer expressive beauty of the string playing, the constant surprises when the torch passes to the many aching or screaming woodwind solos and ensembles solos and ensembles also represent a tonal sophistication beyond Mravinskys and Rozhdestvenskys Soviet ensembles.  David Nice
BBC Music Magazine August 2016

After their scorching performance of the Tenth Symphony raised the bar unassailably high, the question loomed as to whether or not this next instalment in Nelsons Boston Shostakovich cycle could possibly measure up to such an impressive start. In the case of the Fifth Symphony, yes, undoubtedly; in the case of the Eighth, less so. ... The Fifth Symphony is quite marvellous, though, and like the Tenth should dominate the catalogue for a long time to come. ... To say that it brings the house down is something of an understatement.  Edward Seckerson
Gramophone August 2016