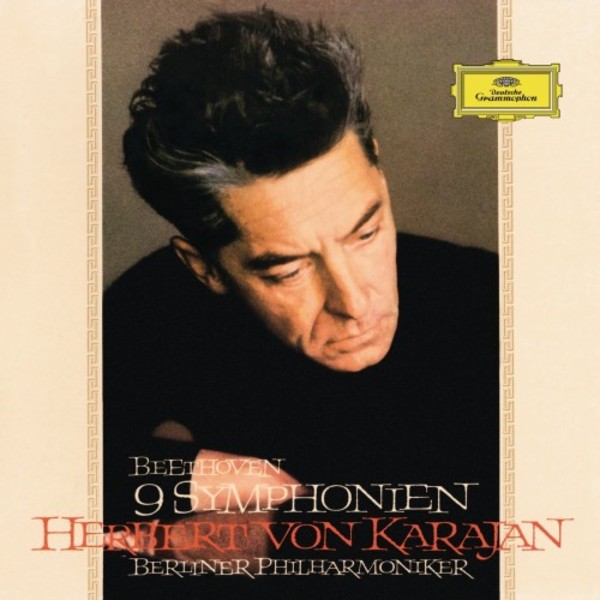 Karajan recorded the complete Symphonies of Beethoven no fewer than four times for DG, but this first 1963 recording was financially the most daring, artistically the most radical, and commercially the most successful.

It was estimated that over 100,000 boxes would have to be sold if Deutsche Grammophons gargantuan 1.5 million Deutschmark investment was to be recouped. The head of a rival company predicted that Deutsche Grammophon was heading for a colossal financial catastrophe.

By 1973 nearly one million sets had been sold, ten times the original break-even estimate. 50 years on from its original launch, the set remains the best-selling Beethoven cycle of all time.

The 1963 Berlin set dazzled like no other, aided in no small measure by the clean, clear, daringly lit recordings made in Berlins Jesus-Christus-Kirche by the young Günter Hermanns whose debut as Karajans principal recording engineer this was.

Critics and the record-buying public were enthused above all by the urgency and beauty of the music-making and by a fierce sense of joy which reached its apogee in a thrillingly played and eloquently sung account of the finale of the epic Ninth Symphony.