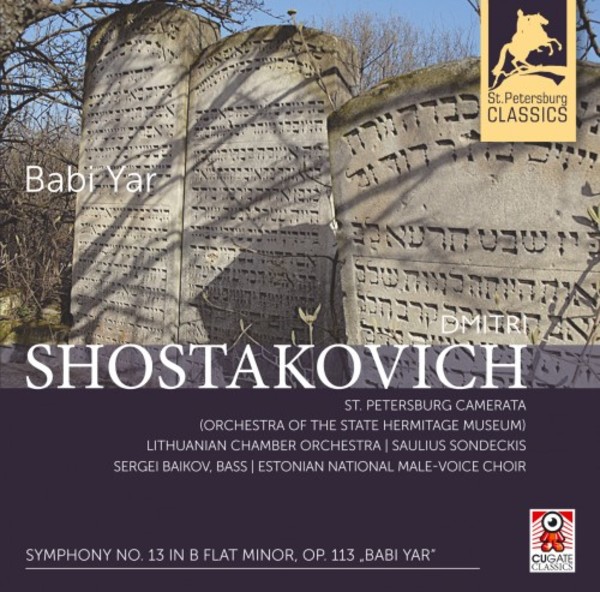 In 1961 the then twenty-nine-year-old Yevgeny Yevtushenko published a poem entitled Babi Yar in the Literaturnaya gazeta. Babi Yar was the name of a ravine on the outskirts of Kiev which in 1941 had been the scene of a mass execution where, within the space of thirty-six hours, some 34,000 Jewish men, women and children were shot by a special unit of the German SS. In his poem Yevtushenko used the National Socialists act of genocide as the starting-point of an attack on anti-Semitism in general, which he pilloried as a timeless evil that was widespread throughout the world, but which, he implied, was especially rife in Russia. Few Russian composers of the past were above reproach as far as anti-Semitism was concerned. Of these, the two that spring most immediately to mind are Rimsky-Korsakov and Shostakovich. Shostakovich had already revealed his philo-Semitic sympathies in his song-cycle From Jewish Folk Poetry, written during the final years of Stalinism (when anti-Semitism was even officially condoned) but forced to wait until 1955 for its first performance, which finally took place only against a background of considerable resistance. It was enough for the composer to read Yevtushenkos Babi Yar for him to decide to set it to music. Initially he thought in terms of a single movement, but after completing it in this form he resolved to add four further movements, all of them settings of other poems by Yevtushenko: Humour, In the Store, Fears (written specifically for the occasion) and Career. The score was completed on 20 July 1962, but it took a long time to establish itself in the concert hall. The first performance took place in Moscow in December 1962.