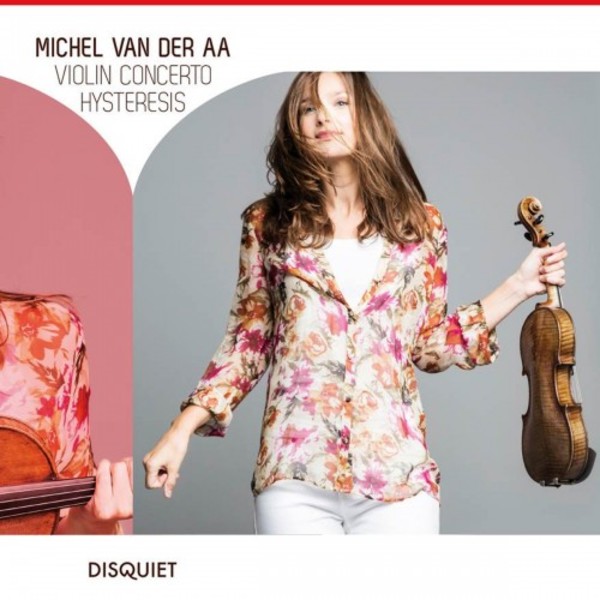 Two recent pieces of Van der Aa are combined on this album: the Violin Concerto with the Royal Concertgebouw Orchestra and Janine Jansen (recorded live at the Concertgebouw Amsterdam in November 2014) and Hysteresis for solo clarinet, ensemble and soundtrack, performed by the Amsterdam Sinfonietta and Kari Kriikku (recorded in session at Stadsgehoorzaal Leiden in September 2015).

The Concerto is composed in the traditional three movements. Van der Aa describes the first as abstract, the second as more direct and melodic, and the third as very fast, performed at breakneck speed and close to the edge of possibility. Like Van der Aas other recent pieces  the opera Sunken Garden and the clarinet concerto Hysteresis  it also includes allusions to popular styles; in this case to jazz and bluegrass.

Van der Aa has described the partnership of Jansen and the RCO as his dream team. It combines an orchestra with whom he now has a long-standing and intimate relationship, and a soloist with a magnetic stage presence and a heart-on-sleeve style of playing, ideally suited to Van der Aas direct and physically expressive music. As house composer for the RCO since 2011, he was able to work unusually closely with the players, checking details throughout the period of composition. He has also been free to write the works he chooses. In this case, it was Jansens personality that served as inspiration, and the composer claims that If Janine had played the flute, I would have written a flute concerto.

The piece has its roots in the classical concerto, but he couldnt resist giving it a distinctly theatrical quality. As an opera director, I love the theatrical possibilities of having someone who is the embodiment of the work. The theatre begins in Jansens presence and personality, but extends across the whole stage. The lead violinist and cellist are drawn in as secondary soloists, and with Jansen often form a trio of their own.

Hysteresis refers to the way in which a system depends both on its current environment, and its past. That is, the idea that non-living things can have a sort of memory of previous states, which they carry into their present. It was originally used in material science  to describe, for example, how certain metals become magnetized when brought into contact with a magnetic field, and stay magnetized after that field has been removed. In his clarinet concerto Michel van der Aa extends this idea into more speculative realms: can musical material (note sequences, rhythms, chords) retain some memory of itself even after it has been worked with? Is it identifiably the same stuff, does it behave similarly, even when the magnet has been taken away? Of course, questions like these have been an underlying consideration for composers for centuries, but in his clarinet concerto Van der Aa brings them to the fore.