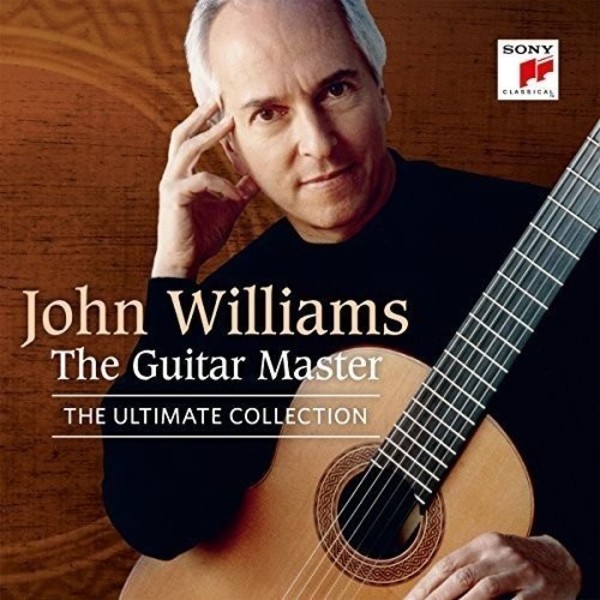 Sony Classical celebrates the 75th birthday of John Williams and the 50th anniversary of his signing to the the label with a special 2-CD collection of his most-loved pieces. It includes the instantly recognisable film themes Cavatina (from The Deer Hunter) and Gabriels Oboe (from The Mission) alongside classical masterpieces by Satie, Bach and Handel.

John Williams has paved the way for a generation of classical guitarists with an astonishing output of reference recordings, transcriptions and arrangements throughout his long and celebrated career. This is the perfect companion release to John Williams  The Guitarist: The Complete Columbia Album Collection.

Born in Melbourne but living in London from an early age, John Williams studied at the Royal College of Music and in Siena with Andrés Segovia, who called him a prince of guitar. In the years following his acclaimed Wigmore Hall debut in 1958, he gave enormously successful concerts in Paris, Madrid and the Soviet Union, and in 1963 he made his debuts in Japan and USA. Described by guitar authority Graham Wade as perhaps the most technically accomplished guitarist the world has seen, Williams was one of the first classical musicians to play at London's iconic Ronnie Scott's Jazz Club. He also appeared in rock concerts playing steel-strung acoustic and electric instruments with his own groups Sky, Attacca and John Williams and Friends.

The celebrations of Williamss 75th birthday have had us nostalgically recalling the optimistic time when through his advocacy classical music was everywhere, feeding into film scores, and a natural part of light entertainment television. This soft-edged compilation gathers his biggest film hits   but they are woven in with brilliant arrangements of Falla, Albeniz, Satie and Bach  the E major Violin Partitas Prelude, done with exquisite good taste. A true master.  Nicholas Kenyon