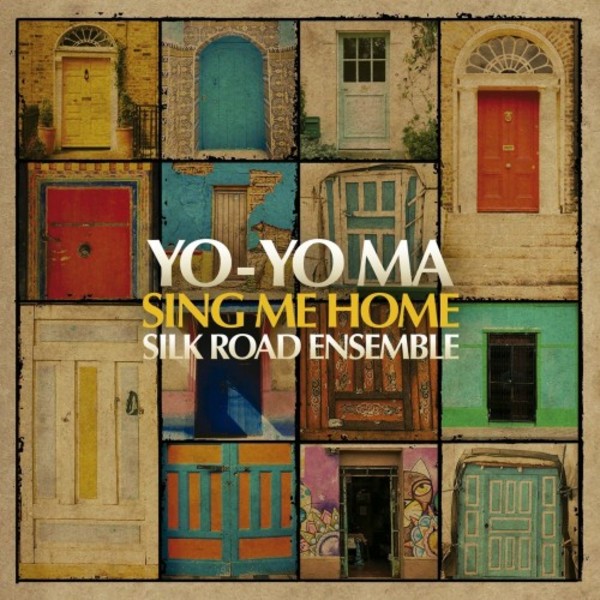 The new album from Yo-Yo Ma and the Silk Road Ensemble will surprise and delight with imaginative sounds that transform the traditional musical landscape. Sing Me Home is the sixth album by the Grammy-nominated Silk Road Ensemble and its founding member and guiding light, Yo-Yo Ma.

Produced by Silk Road Ensemble member Johnny Gandelsman and Grammy Award winner Kevin Killen (U2, Kate Bush, Elvis Costello, David Bowie), Sing Me Home examines the ever-changing idea of home, with original and traditional tunes composed or arranged by members of the Ensembles unique collective of global artists. Each piece invites listeners to explore the music of home through the individual experiences of Ensemble members, many of whom are immigrants. The result is a compelling collection of innovative and deeply moving tributes to the rich cultural heritage of the Balkans, China, Galicia, India, Iran, Ireland, Japan, Mali people of Roma, Syria and the United States.

Sing Me Home was developed and recorded alongside The Music of Strangers: Yo-Yo Ma & the Silk Road Ensemble, a documentary feature film from Oscar and Emmy-winning director Morgan Neville that tells the story of the Ensemble and Silk Road, its parent organization. The documentary had its world premiere at the Toronto International Film Festival on September 13 2015.

Yo-Yo Mas Silk Road Project has been on a mission to promote innovation and cross-cultural understanding through the arts for the last fifteen years; the latest chapter comes with the release of their new album, A Playlist Without Borders. The vision of Yo-Yo Mas limitless collective is as timely as ever: to connect the worlds neighborhoods by bringing together artists and audiences. From flashy surf guitar sounds to ninth century Chinese poetry, from modular playlists to Egyptian rhythms, the Silk Road Ensemble mixes the modern and the traditional, breaking boundaries of ethnicity and era. A Playlist Without Borders demonstrates that there are no barriers for those approaching music with an open mind.

Founded by Yo-Yo Ma, the Silk Road Ensemble has featured more than sixty members from twenty-four countries and has been described as a kind of roving musical laboratory without walls by the Boston Globe and hailed as one of the 21st centurys great ensembles by the Vancouver Sun.