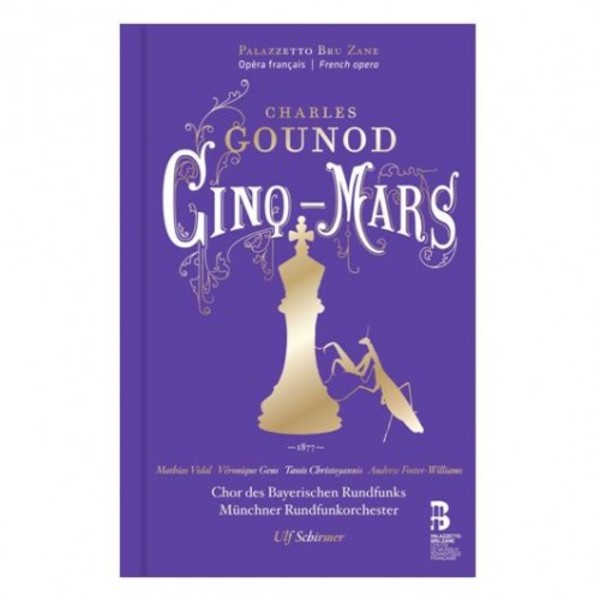 Alfred de Vignys Cinq-Mars, published in 1826, is regarded as the first great historical novel in French. The action is set in the seventeenth century: the Marquis de Cinq-Mars gains the esteem of King Louis XIII by organising a movement of opposition to Cardinal Richelieu. But manipulations, betrayals and plots force the monarch to abandon his champion and allow Richelieu to triumph and condemn Cinq-Mars and his friend De Thou to death. It was at the request of the director of the Opéra-Comique Léon Carvalho, attracted by the idea of a musical setting of the novel, that Gounod agreed to return to the forefront of the operatic scene in 1877, after an absence of ten years. He produced a work that renounces none of the musical charms of Roméo et Juliette or Faust, but tends very clearly in the direction of historical grand opéra. Indeed, the second version of the piece, revised for the Opéra de Lyon, transforms the spoken dialogue into recitatives in order to enhance the fluidity of the discourse and the noble tone of the action. It is this final version of the opera that is presented here in a recording of its first production in modern times.

The neglect of Cinq-Mars probably has more to do with its niche subject  the conspiracy against the rule of Cardinal Richelieu over Louis XIII  than with a lack of quality in Gounod's invariably tuneful music and good dramatic pacing. The premiere recording comes from Munich, and Schirmer conducts with style and a cast that recalls the great days of French opera recordings. Mathias Vidal's plangent lyric tenor is ideal for the king's rebellious favourite, and Veronique Gens is perfectly cast as his beloved Princesse Marie. Tassis Christoyannis's firm baritone is excellent for the co-conspirator de Thou, while Andrew Foster-Williams's Pere Joseph is menacing as the cardinal's villainous representative.  Hugh Canning, CD of the Week
The Sunday Times 12 June 2016