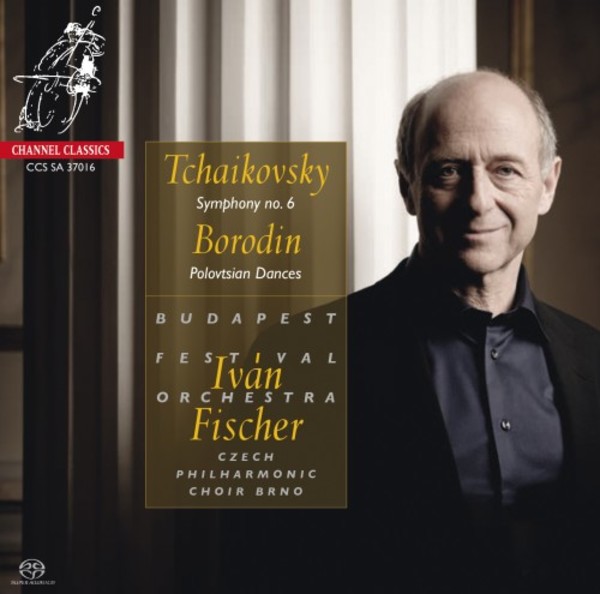 When Pyotr Ilyich Tchaikovsky stepped onto the stage in Saint Petersburg on 28 October 1893 to introduce his Sixth Symphony to the public, he was received with a roar of applause. Three quarters of an hour later the astonished audience was dumbfounded. How could a symphony begin so softly and end even more so? And what about the second movement with its undanceable waltz, and the third with its unstoppable march? Nine days after the premiere, Tchaikovsky died in a city ravaged by cholera.

The truly Russian mood that we associate with Tchaikovsky is also felt in the music of Borodin. His opera Prince Igor remained incomplete when he died, but the Overture, the Chorus and Dance of the Polovtsian girls, the Polovtsian March, plus the well-known Polovtsian Dances on this recording, gained a place of its own in orchestral repertoire.

Iván Fischer is founder and Music Director of the Budapest Festival Orchestra. This partnership has become one of the greatest success stories in the past 30 years of classical music. Intense international touring and a series of acclaimed recordings for Philips Classics, later for Channel Classics have contributed to Iván Fischers reputation as one of the worlds most visionary and successful orchestra leaders.