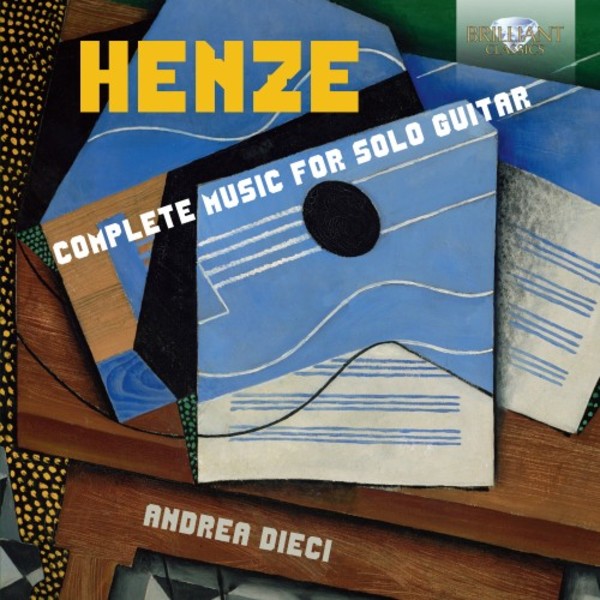 Kammermusik 1958, on the hymn 'In lieblicher Blaue'

Kammermusik 1958, on the hymn 'In lieblicher Blaue'

Henze may have been renowned as one of the most prodigious postwar German modernists, but the important position of the guitar in his output reveals the lyric and rhapsodic side to his nature which runs as an undercurrent throughout his music, flowering most fully in the genre of opera to which he was drawn time and again.

His first major work for the instrument is a set of three Tentos  or tientos, the Spanish form of the fantasia or ricercar to be found in English and Italian music of the 15th century onwards  extracted from a collection of chamber music for various combinations. They feature in the repertory of virtually every professional guitarist who considers himself worthy of the name, as the composer modestly remarked  but with justice, for their brevity is matched by their songful imagination.

The two sonatas are much more ambitious in scale, both inspired by the Shakespearean literature which Henze loved so much, and also by the artistry of Julian Bream, who may be counted a Segovia of the latter half of the last century, thanks to the array of composers who realised through his playing the expressive possibilities of an instrument they might otherwise have regarded as having strictly local or picturesque appeal. Characters are portrayed such as the ridiculous Sir Andrew Aguecheek, but also narratives told, such as Gloucesters relationship to King Lear.

The Italian guitar magazine Seicorde has described Andrea Dieci as a fine performer with an enviable technique. His first recording on Brilliant Classics was of the contemporary guitarist‐composer Nicola Jappelli (BC9435); according to Seicorde, the skillful balance of dynamics often extreme and sudden, the adoption of an extremely expressive phrasing and varied even in minimalist areas, meticulous articulation of ethereal melodies broken between items: these are just some of the qualities that deserve recognition in the work of Dieci.

Diecis second album comprised popular guitar works by the Argentinian master of the classical tango, Astor Piazzolla, with a selection of music for violin and guitar capturing the spirit of the era, Café 1930 (BC94896). This, too, was issued to a very positive reception.