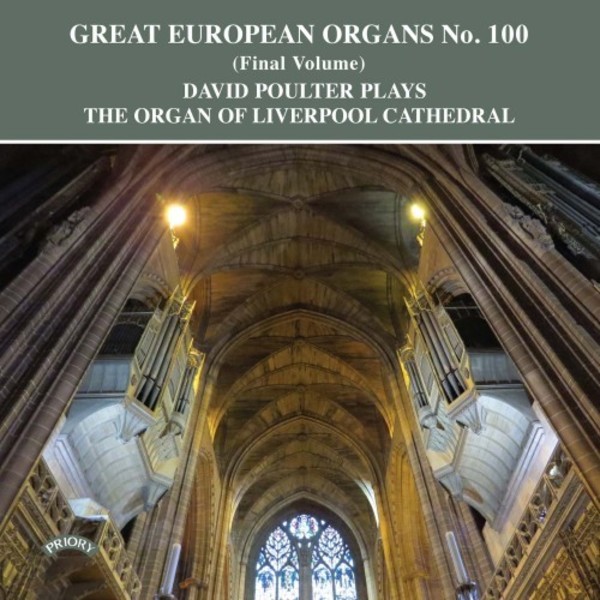 Priory commenced its Great European Organ series with a first release from Kings College, Cambridge 30 years ago in 1986. We were one of the first independent companies to make CDs and this release was the start of a series which is the biggest of its kind in the world. Featuring organs from Iceland to Latvia and from Majorca to Switzerland, many famous organs have been included and hailed as ground breakers not only for their recorded quality but also in the adventurous programme selections, much of which was new to the catalogues.

Where better to end this marathon story than the 100th release being recorded on probably the most famous British organ. Liverpool: not only the largest cathedral organ in the UK but also one of the largest in the world and with a reputation of excitement and quality to match. We have bucked the trend for this final issue and recorded a programme of more well known music that suits the instrument and the building with its large acoustics. It is pomp and ceremony all the way with Elgars grand G major Sonata, Crown Imperial, Orb and Sceptre and the Henry V Suite from William Walton and a march of joy from Percy Whitlock. David Poulter, the cathedral choir director, is the organist.