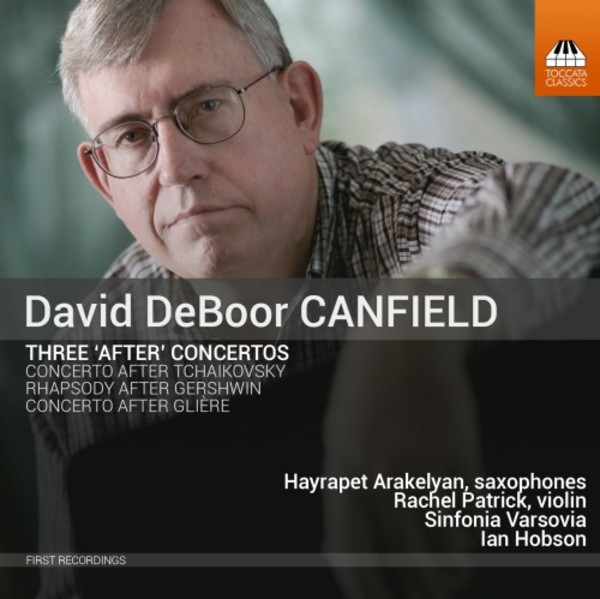 David DeBoor Canfield is a most unusual composer (never mind also being an author, music critic, annotator, editor, publisher, recording producer, archivist, researcher, violinist, theologian, scholar and teacher at a pastors college): now in his mid-60s, he has for the past ten years or so, besides pieces in his own style, been writing music in the style of other composers  his After Series.

The first such work was the Concerto after Glière for alto saxophone and orchestra, completed in 2007, which has now notched up over 100 performances around the world. The next was the Concerto after Tchaikovsky for soprano saxophone and orchestra, written in 2013 and loosely modelled on the Tchaikovsky Violin Concerto, with occasional allusions to other works. Two years later came the Rhapsody after Gershwin for violin and orchestra: Jascha Heifetz had been hoping for a violin concerto from Gershwin, and now Canfield supplies the kind of work that might have resulted from such a commission, formally based on the Rhapsody in Blue.

Hayrapet Arakelyan is now one of the leading saxophonists on the world stage, working as a concerto soloist with a host of orchestras and performing at numerous festivals. He is also an active chamber musician. The violinist and violist Rachel Patrick leads a versatile musical life as both a performer and teacher and has presented concerts on four continents. Ian Hobson, pianist and conductor, enjoys an international reputation both for his performances of the Romantic repertoire and of neglected piano music old and new.