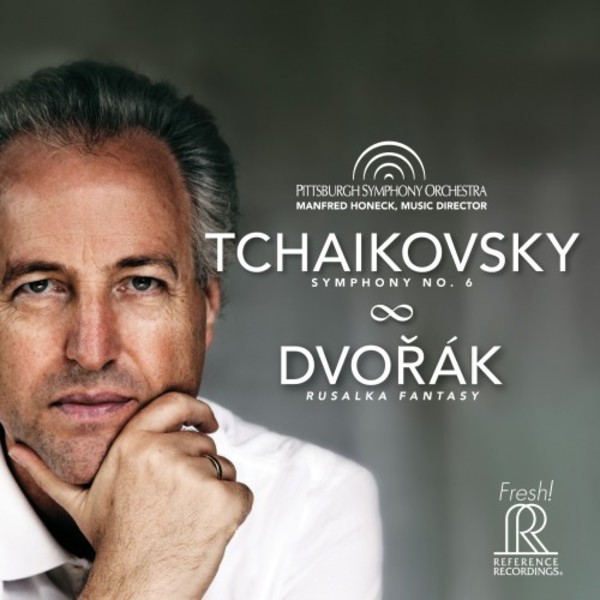 Pyotr Ilyich Tchaikovsky said of his Symphony No.6: But I absolutely consider it to be the best, and in particular, the most sincere of all my creations. I love it as I have never loved any of my other musical offspring. The comprehensive notes by Manfred Honeck offer an in-depth look into the composers soul, and a fascinating look at the mind and decisions of a great conductor. To quote from Honecks music notes: it is undoubtedly clear that Tchaikovsky truly put all of his soul into this unique masterpiece. I dare to say that in a way, Tchaikovsky experienced his own death through the music. One can be sure that only somebody who is deeply empathetic about both life and death can be capable of creating such an atmosphere and I am deeply grateful for the great musicians of the Pittsburgh Symphony Orchestra who went with me on this journey, requiring the utmost technical perfection to reach such a level of expression. FR720 also includes the world premiere of the Rusalka Fantasy, an orchestral suite drawn from Dvořáks opera by Mr. Honeck and arranger Tomá Ille.

This release is the fifth in the highly acclaimed Pittsburgh Live! series of multi-channel hybrid SACD releases on the FRESH! series from Reference Recordings. Each has received dozens of critical accolades. Dvořák/Janáček (FR710SACD) and Bruckner 4 (FR713SACD) have each received Grammy nominations for Best Orchestral Performance.

Since 1896, the Pittsburgh Symphony Orchestra has been known for its artistic excellence, a rich history of the worlds finest conductors and musicians, and a strong commitment to the Pittsburgh region and its citizens. Past music directors have included many of the greats, including Fritz Reiner (1938-1948), William Steinberg (1952-1976), Andre Previn (1976-1984), Lorin Maazel (1984-1996) and Mariss Jansons (1995-2004). This tradition of outstanding international music directors was furthered in fall 2008, when Austrian conductor Manfred Honeck became music director of the Pittsburgh Symphony.

The orchestra has been at the forefront of championing new American works, and gave the first performance of Leonard Bernsteins Symphony No. 1 Jeremiah in 1944, and John Adamss Short Ride in a Fast Machine in 1986. The Pittsburgh Symphony also has a long and illustrious history in the areas of recordings and radio concerts. And, with a long and distinguished history of touring both domestically and overseas since 1900  including 37 international tours to Europe, the Far East and South America  the Pittsburgh Symphony continues to be critically acclaimed as one of the worlds greatest orchestras.

This release and the entire Pittsburgh Live! series are recorded and mastered by the team at Soundmirror, whose outstanding orchestral, solo, opera and chamber recordings have received more than 70 Grammy nominations and awards. Soundmirror has recorded for every major classical record label, now including Reference Recordings. FRESH! is part of Reference Recordings mission to encourage unique and fine artists, and give them a strong platform for promotion and sales nationally and internationally.