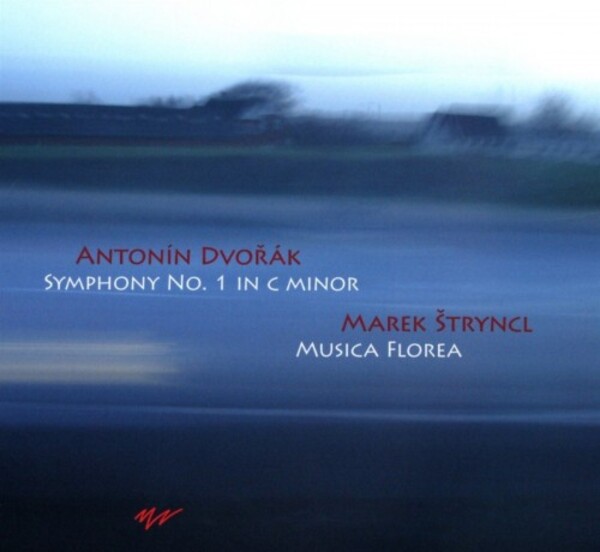 Dvorak - Symphony no.1, Nocturne in B major

A previous Arta release (F10180) featured Musica Florea conducted by Marek Stryncl in performances of Dvorak's Symphonies 7 and 8, alongside the overture to Vanda, Prague Waltzes and Polka for the Prague Students.
On their new recording, made live in Prague's Church of St. Simon and St. Jude they perform Dvorak's Symphony No.1 in C minor, "The Bells of Zlonice". Completed in 1865 by the 23-year-old composer, the Symphony is a memory of his childhood. There are no actual bells, just a chiming sound in the woodwinds at the start of the first movement. Lasting around fifty minutes Dvorak's First Symphony is an extensive work. On this Arta disc it is followed by a charming Nocturne in B major.
As is clear from the image in the CD booklet, Musica Florea are a far smaller group of musicians than a regular symphony orchestra.  Founded by Marek Stryncl in 1992, they are now one of the longest established period instrument groups in the Czech Republic.