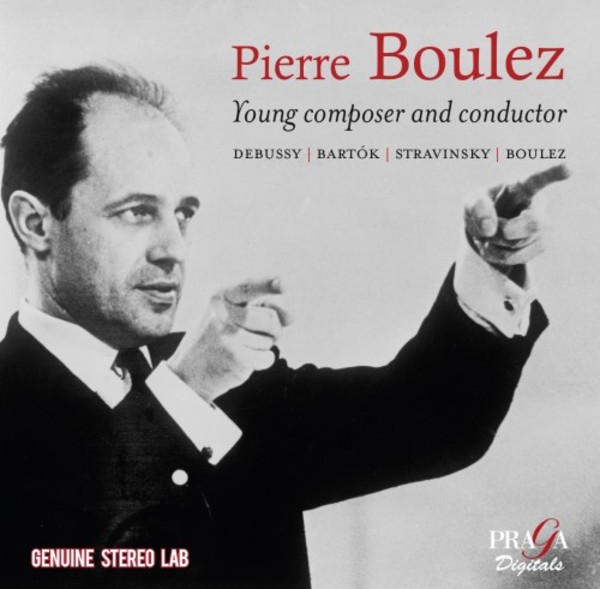 Darius Milhaud, French composer of an earlier and more conservative generation, paid Pierre Boulez what must be the ultimate compliment - He despises my music, but conducts it better than anyone.

Boulez (1925-2016) started conducting in order to perform his own music and that of major 20th century composers such as Debussy, Bartók and Stravinsky, and went on to great heights with the grand repertoire including Wagner and Mahler (but avoiding Brahms). These recordings offer a foretaste of his conducting genius and allow us to remember a great artist the world recently lost.

There is nothing here that [Boulez] did not re-record later, though his own cantata Le Soleil des Eaux is performed in the 1958 version with three soloists, rather than the 1965 revision with just soprano and chorus that became definitive. And the soloist in Bartóks First Violin Concerto from 1966 is Yehudi Menuhin, on supple, expressive form, which complements the recordings of the two violin Rhapsodies that Boulez and Menuhin made together a few years later. In general, the performances have the clarity and precision that became so typical of Boulezs conducting, but without the expressive expansiveness that he went on to develop.  Andrew Clements
The Guardian 20 May 2016