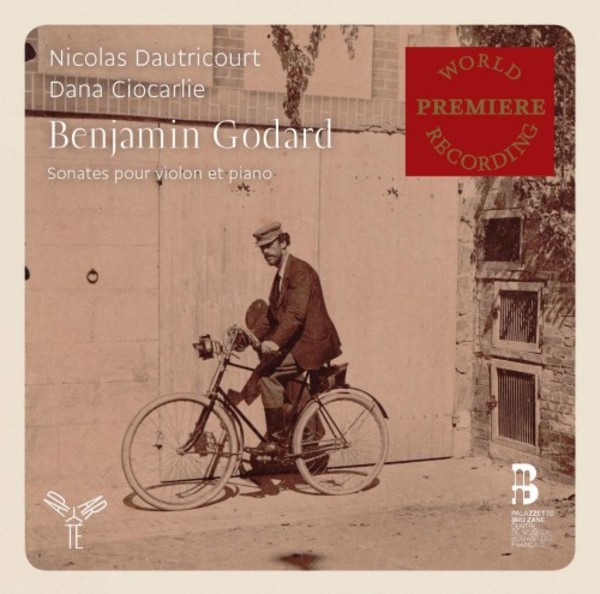 Benjamin Godards reputation as a chamber composer and instrumentalist won him the Prix Chartier in 1879, and led to his appointment as professor of the ensemble (chamber) music class at the Paris Conservatoire in 1887.

A child prodigy on the violin and a pupil of Richard Hammer and Henri Vieuxtemps, Benjamin Godard entered the Paris Conservatoire, where he studied composition with Henri Reber. Despite twice failing the Prix de Rome competition, he was a prominent figure in French musical life in the early years of the Third Republic.

Exactly half of Godard's chamber music output uses large-scale form: sonatas, trios and quartets. There are more pieces for piano and violin (eight) but sonatas take pride of place in his early catalogue. Published by Flaxland, the first three sonatas received very little coverage in the press, even though they sold well. The masterpiece, in the opinion of Godards contemporaries, was the fourth sonata, composed in 1872 at Taverny, moreover, his first work to be published abroad (Berlin). It inevitably brings to mind its contemporary, the Op.13 Sonata by Gabriel Fauré, which was given its first performance the same year and which could only find publication in Germany, without any financial remuneration for the composer. Godard managed somewhat better: after selling his first two sonatas for 50 francs apiece and the third for 100, he sold the fourth for 400 francs.

At the time of his untimely death in 1895, he had remained loyal to what his contemporaries described as 'sentimental music', a predilection which caused him to be consigned to oblivion by performers and history books alike. The performance of these neglected works allows us to appreciate once again the richness of musical life in the second half of the 19th century, and the position to which Godard can aspire.

Recorded under the auspices of the festival Godard, with the collaboration of the Palazzetto Bru Zane