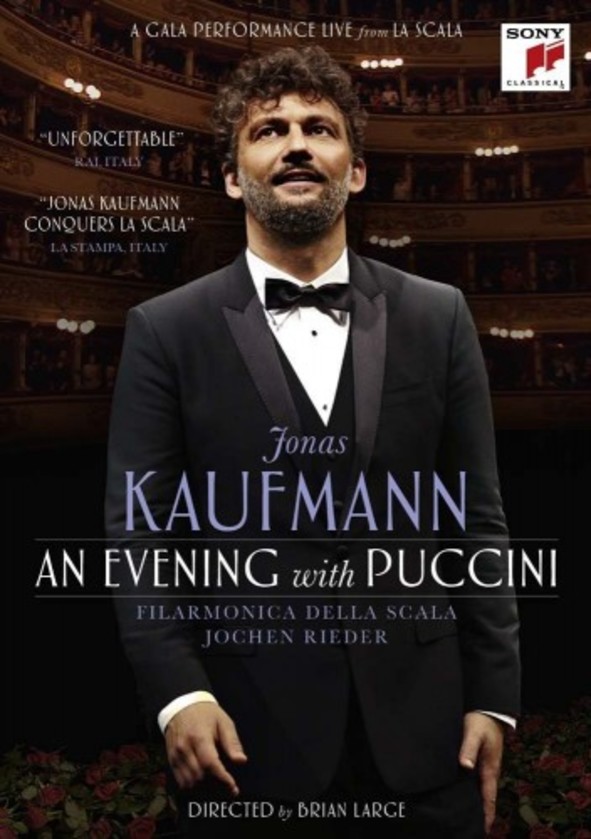 This legendary performance is now the focus of a new concert film Jonas Kaufmann  An Evening with Puccini directed by Brian Large and produced by Arts Alliance. Cinema audiences worldwide experienced this unforgettable event, and now viewers at home will be treated to a revealing introduction to Puccini  the man, the musician, the superstar  narrated by Jonas and featuring rare archive footage. Jonas Kaufmanns La Scala concert programme contains a selection of Puccinis hit tenor arias all of which appear on the classical No.1 album  Nessun dorma  The Puccini Album.