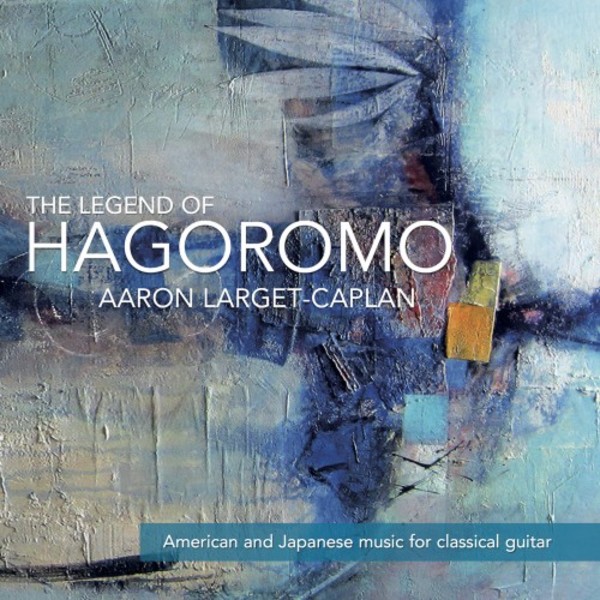 The Legend of Hagoromo: American & Japanese music for classical guitar

The legend of Hagoromo

The legend of Hagoromo

According to a famous Japanese legend, a fisherman is walking with his companions at night when he finds the Hagoromo, the magical feather-mantle of a tennin (an aerial spirit or celestial dancer) hanging on a bough. The tennin sees him taking it and demands its return as she cannot return to Heaven without it. The fisherman argues with her, and finally promises to return it, if she will show him her dance or part of it. She accepts his offer and in the finale, the tennin disappears like a mountain slowly hidden in mist. The evocative Legend of Hagoromo is a modern musical masterpiece written by Keigo Fujii and based on a melody by Okinawan composer H Yamanoha. A substantial addition to the classical guitar repertoire that uses guitar techniques in an innovative way, it is the longest work on this outstanding album of Japanese-influenced music played by the gifted American virtuoso guitarist Aaron Larget-Caplan. Comprising an intoxicating mixture of Japanese and American music, this fusion-recital is brilliantly conceived and performed and the disc includes a number of première recordings (Ken Uenos Ed è subito sera, Kota Nakamuras Sui-hou and Martin Max Schreiners Two Japanese idylls). Other works include Tora Takemitsus Equinox as well as his arrangements of Harold Arlens Wizard of Oz and George Gershwins Summertime (from Porgy and Bess). Some of the music was written specifically for Larget-Caplans and he performs here with stunning vitality, especially on Keigo Fujiis mesmerising single movement tour-de-force. - New Classics