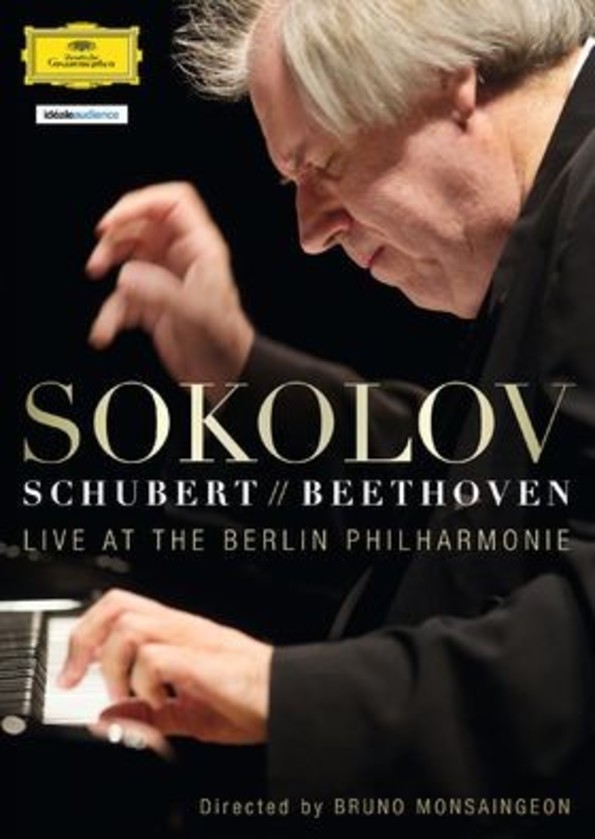 Experience Grigory Sokolov  probably the best live pianist of our days (Berliner Morgenpost)  in a filmed concert praised to the skies by critics.

The completely sold-out concert took place on 5 June 2013 in the Philharmonie Berlin, which is known for its exquisite acoustics.

In the directors notes to this new Sokolov film, Monsaingeon writes:

Sokolov himself believes that the concert represents the focal point of musical life and that everything else is artificial. As a result, he is not only reluctant to be recorded but also to be filmed.

In spite of this, we were able to overcome his reservations on this point of principle (). The idea of filming a public recital was accepted a first time in 2002 (Théâtre des Champs Elysées, Paris) and the second time at the Berlin Philharmonie on 5 June 2013.

The filming was made live with 7 cameras, with no retakes and with nothing to detract from his total concentration, which is directed solely at the music.