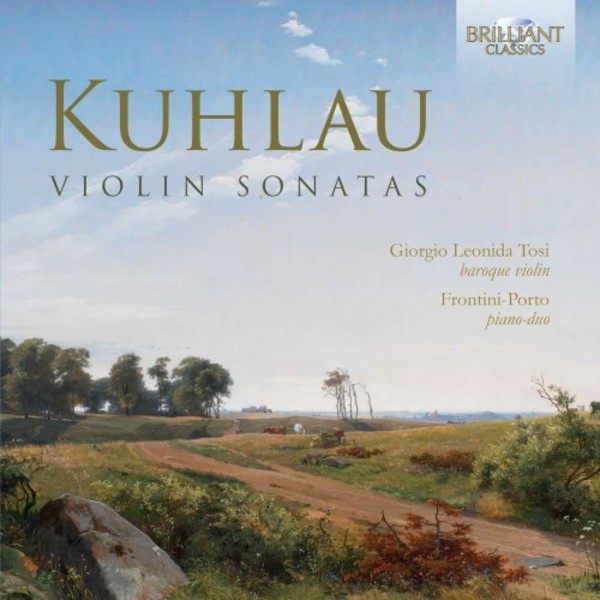 To dub Friedrich Kuhlau (1786‐1832) the Danish Beethoven might be stretching a point, especially since he only moved from North Germany to Copenhagen at the age of 24, but Denmark could boast no more accomplished composers in the high noon of the Classical age, and it welcomed so prodigious a musician  not only composer but pianist, conductor and scholar  whose greatest successes during his lifetime were in the field of opera, at least until his premature death at the age of just 48, probably from hard living as much as financial problems: the story goes that when the Queen of Denmark invited him to take tea at the palace, he replied that he would accept only if drink was on offer.

Most of his chamber music features the flute, a commercially astute selection given the popularity of the instrument among amateur musicians at the time, even though Kuhlau was no flautist himself. There are, however, three piano quartets, a late string quartet closely modelled on Beethovens Op.132, and four violin sonatas. This Op.79 set was composed as a trio in Copenhagen in 1826, the year after he got drunk on champagne one evening with Beethoven, who wrote a canon at the time and sent it along later with a mock‐apology: In this case, I havent the slightest memory of what I wrote yesterday Think of me now and again, your devoted Beethoven.

All three sonatas are melodically fresh, dramatically imposing works that should not stand too shyly in the shadow of Beethovens contributions to the genre: the first and third are largely extrovert, whereas the second is thoughtful and intimate in character. The sonatas are juxtaposed here with late and brilliant works for piano four hands which may reveal the influence of Schubert, so unconventional is their form, so bold the evocation of Romantic sonorities on the keyboard: on this album of historically informed performances by young Italian musicians, the instrument used is a Stein piano of Viennese manufacture, dating from 1830.