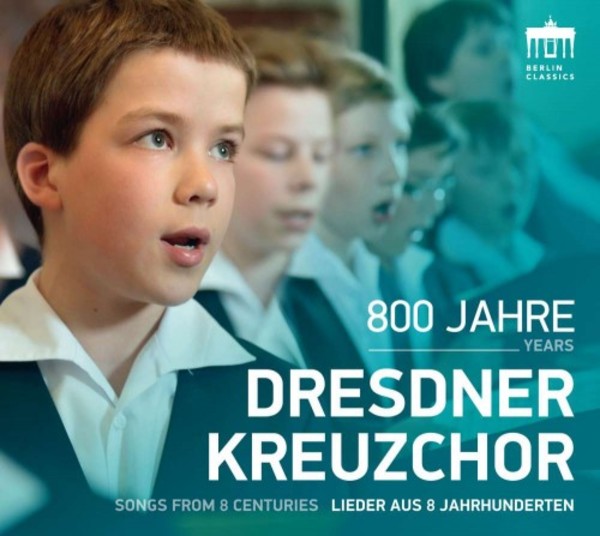 The boys visiting friends  singing the National Anthem with the nations football team before millions of spectators. An Asian tour that saw them feted in China and Japan, a concert at the Vatican in Rome, not forgetting a political dimension to the choir and its voices. To keep the boys voices fresh, they travel the length and breadth of Germany and put Germans in the mood for Christmas, before celebrating the festive season in Dresden with the famous Christmas Oratorio  as every year. A body that has taken so long to grow needs strong roots: in sacred song, in divine service, in the church. But why not give a stadium concert for once, take the stage in style like the Rolling Stones before thousands, not just Dresdeners, in the legendary (new) Dynamo stadium? December 2015 is the date! After they have danced at the Semperoper ball, they celebrate with gusto. There is reason enough. 800 years have passed. Time, like an ever-rolling stream, bears all its sons away. But the Dresden Kreuzchor has outlived them all. Something old, something new. Open to the world, sweet-sounding, timeless. The boys of the Kreuzkirche choir thrill us all! Happy Birthday to the eternally young boys choir, for 800 years of vocal music at its finest.

Dresdner Kreuzchor  800 years of vocal music at its finest. With its album Songs from 8 centuries the choir of the Kreuzkirche embarks on a musical voyage through the eight hundred years of its existence. Back to its roots, and onward to new shores. From Gregorian chant to the twenty-first century, the Dresden Kreuzchor sings songs that record history, each song with a story to tell. A distillation of the choirs vast repertoire, its traditions, and the many musical landmarks and innovations that have shaped and been shaped by the Kreuzkirche choir. So the history of the Kreuzchor is also a mission statement: To be ambassadors for a Dresden that is open to the world.