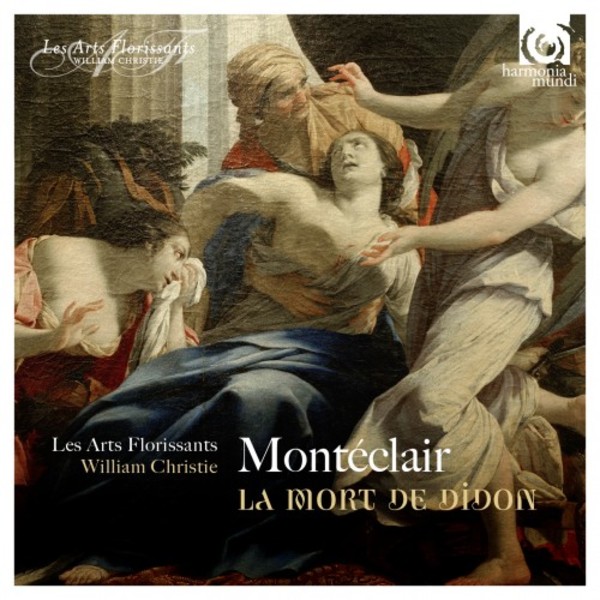 William Christie has made a discerning selection from among Monteclair's 24 cantatas, giving us performances of two Italian cantatas and three French ones. Two of them, Pyrame et Thisbe and La mort de Didon, are particularly impressive and are extended examples of the genre. Sadly, another masterly cantata, Le retour de la paix is not included here. In these works above all the dramatic element is strong, indeed, Monteclair himself describes Pyrame et Thisbe as half epic half dramatic. The composer's ability to create vivid contrasts generates plenty of interest for the listener. Swiftly changing moods, rhythms and instrumental colours abound often giving the impression more of an operatic scena than a chamber cantata. This is especially so in the French works, for the two Italian cantatas are faithful adherents to the form and are almost indistinguishable from the indigenous product; only the melodic contours and the instrumental ritornellos, perhaps, betray Gallic sensibility. Nicholas Anderson
Gramophone June 1989