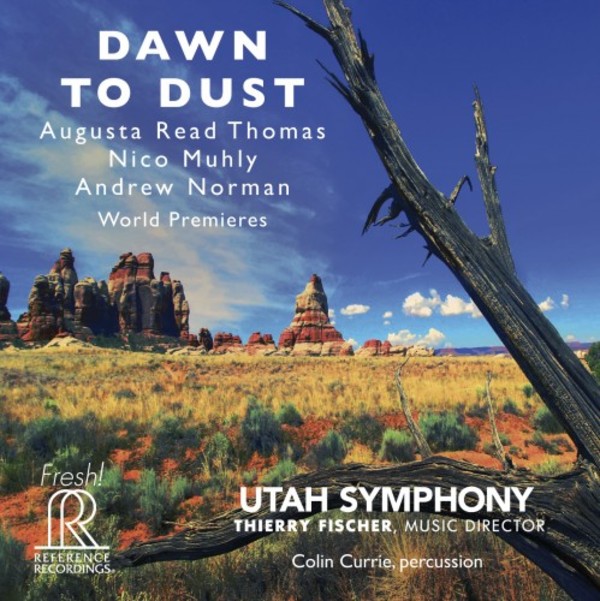 EOS (Goddess of the Dawn), a ballet for orchestra

EOS (Goddess of the Dawn), a ballet for orchestra

The Utah Symphony, celebrating its 75th anniversary in the 2015-16 season, is one of Americas major symphony orchestras and a leading cultural organization in the Intermountain West. It is recognized internationally for its distinctive performances, commitment to music education programs, and recording legacy.

Founded in 1940, the Utah Symphony became recognized as a leading American ensemble largely through the efforts of Maurice Abravanel, Music Director from 1947 to 1979. During his tenure, the orchestra undertook four international tours, released numerous recordings and developed an extensive music education program. Dawn To Dust furthers the tradition of outstanding contemporary American music from the Utah Symphony, and is the second in an ongoing Utah Symphony series from Reference Recordings.

Thierry Fischer, Music Director of the Utah Symphony since 2009, has revitalized the orchestra with creative programming and critically acclaimed performances that have drawn consistently full houses. Highlights of his tenure include complete symphony cycles of Mahler in commemoration of former Utah Symphony Music Director, Maurice Abravanel, complete Beethoven, Mendelssohn and Nielsen cycles, a multi-season Stravinsky and Haydn symphony cycle and the tour of Utahs five national parks. Mr Fischer has also initiated a major commissioning program in Utah that has produced new works by Simon Holt, Michael Jarrell, and the works on this album by Nico Muhly, Andrew Norman, and Augusta Read Thomas.