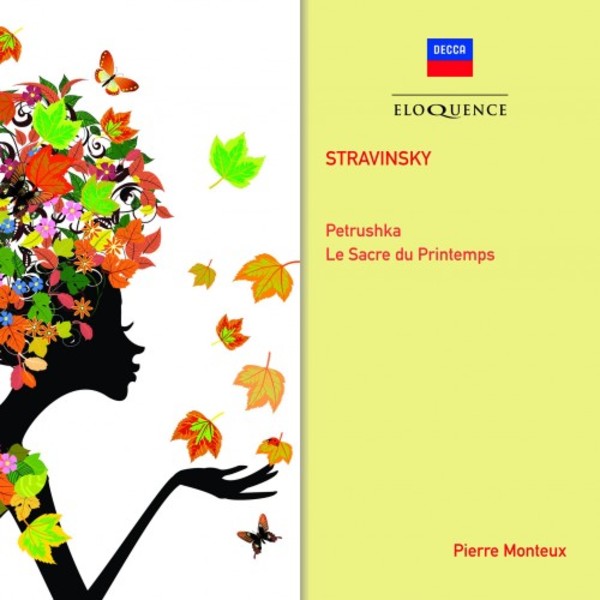 There can be few, if any, musicians this century who have conducted as many illustrious and notorious premieres Pierre Monteux. As conductor of Diaghilev's Ballets Russes from 1911 to 1914 he led the first performances of Ravel's Daphnis et Chloé (1912), Debussy's Jeux (1913) and Stravinsky's Le Rossignol (1914), as well as the two works recorded here.

Monteux's Petrushka was captured on disc three times (all in the 1911 version), and his affection for the work is obvious in this 1956 recording. He brought to the score his own characteristic blend of textual fidelity, clarity and effervescence.

Even more closely associated with Monteux is Le Sacre du printemps. As well as the riotous premiere on 29 May 1913 (just two weeks after that of Jeux), he conducted the first UK and Dutch performances, and the hugely successful Paris concert premiere in April 1914. Stravinsky described this occasion as a triumph such as few composers can have known the like... the musical realisation was ideal... I came on the stage and hugged Monteux, who was a river of perspiration: it was the saltiest hug of my life. This was the last of Monteux's five recordings of the piece and his only one in stereo.

It goes without saying the Monteuxs performance is magnificent. He gharges the score with drama without ever hurrying or bullying the music. In some way the recording seems to match the performance, for it is superbly natural  (Petrushka) Gramophone, December 1957