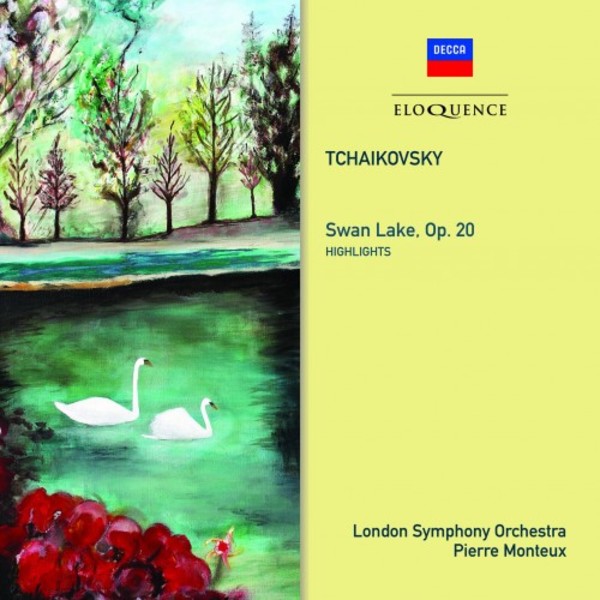 Although Pierre Monteux was a notable exponent of both Beethoven and the modern French school, it was with the Ballets Russes that his name was linked. Further, when he was conducting French repertoire in American theatres (particularly at the Metropolitan Opera in New York from 1917 to 1919), he also took on the premières of Russian works, such as the first United States performance of Rimsky-Korsakov's Golden Cockerel.

Though associated largely with RCA and Decca, his final conducting appointment, with the London Symphony Orchestra (made in 1961 when he was 86) saw him record extensively for Philips and among these recordings was an ample selection from Tchaikovsky's Swan Lake.

In Monteux's hands we are far removed from the lightweight ballet in which music would be 'the obedient servant of the dance', as Debussy put it, referring to Stravinsky's Le Sacre du printemps. This is richly performed, dramatic music-making.

The playing is very precise and vivid, while in the more romantic pieces there is plenty of warmth.  Gramophone, March 1963