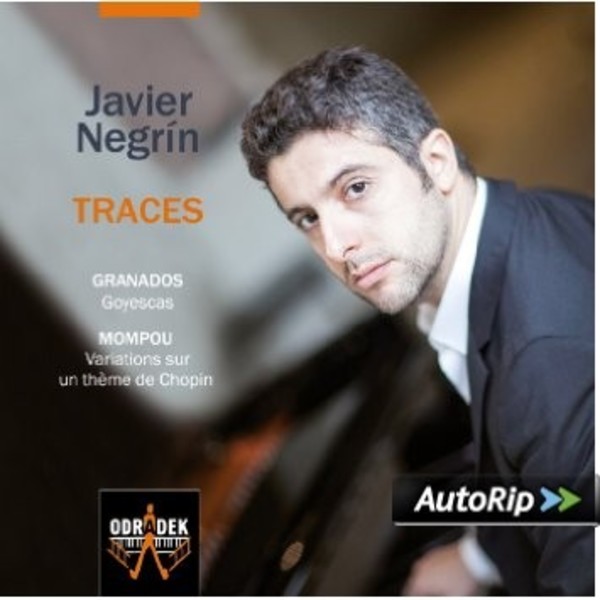 The Spanish pianist Javier Negrín has long been fascinated by the Goyescas of Granados - both by the music and by the art which inspired them - and this fascination has informed his own interpretation of the pieces on this disc. Here they are coupled with the brillliant but much less known Varations sur un thème de Chopin by Mompou.

The art of Francisco Goya blends human insight, unflinching truth, incisive satire and earthy passion, a combination which has bewitched countless people ever since the artists heyday. One fervent admirer of Goya was Catalan composer Enrique Granados. The Goyescas by Granados were inspired by his own tracings or sketches of Goyas magnificent paintings, reproductions of which are featured in this CDs artwork.

In the Goyescas, Granados fused the music of Spain, especially Castilian music, with traits from more remote origins, including the Italianate elegance of Scarlatti, who in turn had been enchanted by Spanish folk song. Reflecting Goyas paintings, these pieces explore light and shade, love and death, ranging from playfulness to aching longing to simmering passion.

More rarely heard, Frederic Mompous wonderful Varations sur un thème de Chopin are deserving of a wider audience. While Granados embraces Goyas palette in his vivid depictions, Mompous tracing is of a different kind: he draws musically on Chopins ideas, but on his own, opaque paper. What emerges is an original account of Chopins music, presented in a different light.

This is Javier Negríns second recording for Odradek Records. His disc of the Travel Preludes of Alexander Scriabin (ODRCD305) was one of the initial releases on the label when it was established in 2012. Of that album critic Norman Lebrecht said: Negrín tells a beguiling adventure story, rich in thrills and spills, and in a slightly swoony sound that is just right for these pieces.