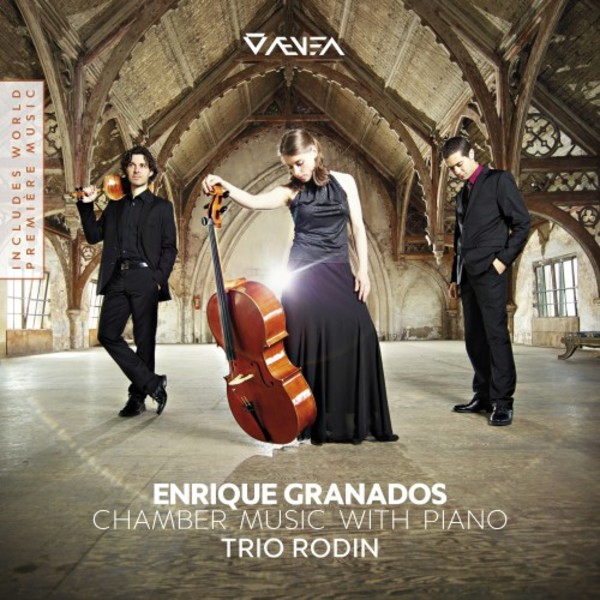 ÆVEA is proud to introduce Trio Rodin's first CD with a new version of the Granadoss Piano Trio based on the manuscript found at the Museu de la Musica de Barcelona (instead of the commonly played edition, UME). Besides, the CD includes the worlds first recording of Granadoss Trova, an arrangement by the composer himself of his most famous chamber orchestra piece Elisenda.
The Sonata for violin and piano is another of the surprises offered to the listeners here:
"We knew about the existence of the manuscripts of a second, third and fourth movements; but no one has dusted them off and shown them to an audience till now. A complete second movement, and two other unfinished, are presented here as a première of what it is, without any doubt, one of his greatest chamber music works." - Trio Rodin